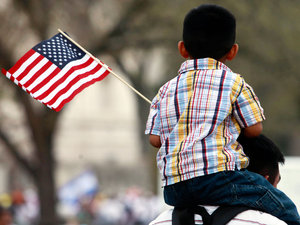 A year ago, our Living Arts Weekly blog post expressed LifeWays North America’s sorrow about the reports, photos and audio recordings that had been just released of the children separated from their parents at our border. As an organization that works on behalf of children, we were hopeful when our leaders said this would no longer be practiced, and all children would be united with their families. I am sure many of our community members have been as sickened as we are to learn that conditions for children at our border are just as deplorable — or moreso — a year later.

This Independence Day weekend, I would like to share a recent post by Parker Palmer, a man I only recently got to meet in person, and whom I greatly admire for his ability to put into words what many of us feel deeply in our hearts:

“Some Americans (I’m one of them) believe that our democracy is at risk. For us, this 4th of July will bring mixed feelings, including grief and anger right alongside our gratitude for this country’s virtues.

What became of “Give me your tired, your poor, / Your huddled masses yearning to breathe free…”? That iconic American poem did NOT say, “I will put their children in cages, separate them from their parents, and keep such inexcusably sloppy records that all of them will suffer, some unto death, and many families will never be made whole.” […]

Fortunately, there’s good news on this 4th of July. Because of all the malfeasance in high places, more of us are waking up to the fact that our democracy is fragile and has deep fault lines. We are committing ourselves to act as citizens before the country we love goes into even deeper decline. If it’s true—to quote Leonard Cohen’s ironic line—that “democracy is coming to the U.S.A.,” it will be because a critical mass of Americans went into action.”

And from another Parker post: “So many of our divides are manipulated by people in power who play an old and deadly game called “divide and conquer.” Let’s tell them we refuse to play games in which people get hurt and die. Let’s choose community! Let’s choose life!

When we do, we’ll find our differences taking on less importance, as we start to see the Light in every human being. On that foundation, we can build a better world.”

Before this Independence Day weekend ends, let’s join Parker to ponder what more we can each do to work toward “a more perfect Union” and help reclaim the noble mission of “liberty and justice for all.” What will you do, in  your small corner of the world, to bring hope, community and love this week?  How will you push back against agendas that hurt children and damage our democracy? We’d love to hear about it in the comments.

You can read the lyrics to Leonard Cohen’s “Democracy” here.

Blessings on your Independence Day, 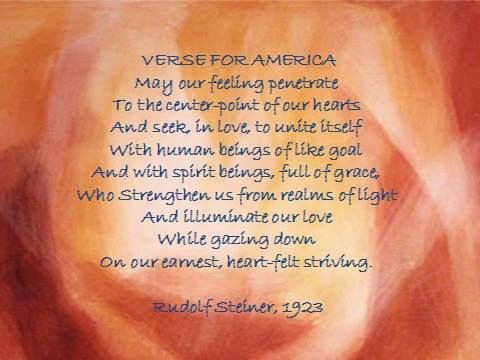