Shanah completed her LifeWays training in 2007, the same year she began a home-based program named The Purple House. In 2010, The Purple House became a non-profit organization, which was renamed Rose Rock School. Rose Rock School became a LifeWays childcare center in 2015, when it relocated, outside of Shanah’s home, to a much larger property. Currently, Shanah is a lead caregiver and the administrator at Rose Rock.

Shanah loves getting to know the individual spirits of the people with which she works--children, parents, and colleagues. She cannot begin to count the ways that the many people she has worked with over the years have shaped her character and helped her to be a more loving, authentic, and dedicated human being. When Shanah is not at work, she enjoys biking, sewing, gardening, and having fun with friends and family. 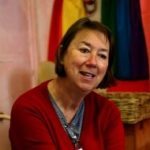 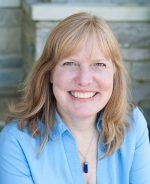 In 2002, Mary opened LifeWays Early Childhood Center in Milwaukee where she served as director for 13 years.  Mary is an alumni of the University of Wisconsin-Madison. She is a traveling teacher and Training Coordinator for LifeWays North America. She has taught parents and childcare teachers all over the U.S. and internationally. In 2010, Mary co-authored Home Away From Home: LifeWays Care of Children and Families with Cynthia Aldinger, and in 2018 she authored Observing Young Children: A Tool for Meaningful Assessment. Most recently, Mary started a non-profit farm education program at Paradise Farm in West Bend, where she and her colleagues provide outdoor, farm-based education to children and adults.

Chinyelu has been involved in Waldorf education for over 28 years as a mother and early childhood teacher. In September 2019, Chinyelu founded We Nurture, a podcast series that offers topics on early childhood as well as stories for children. On her website, wenurturecollective.com, she offers an online course, articles and recipes. Chinyelu holds a BA in Interior Design and a Master's in Architecture. In addition, she has completed the Waldorf Early Childhood Teacher Training at Sunbridge Institute in Spring Valley, New York, and the LifeWays Early Childhood Training. In September 2020, Chinyelu became a new Board member of LifeWays North America. She is the proud mother of 3 Waldorf graduates.