Collecting the stars that fall from the sky.

He hammers the stars into a sword to tame

The dragon below that bellows with flame.

How many stars does he collect?

-A jump rope verse for Michaelmas 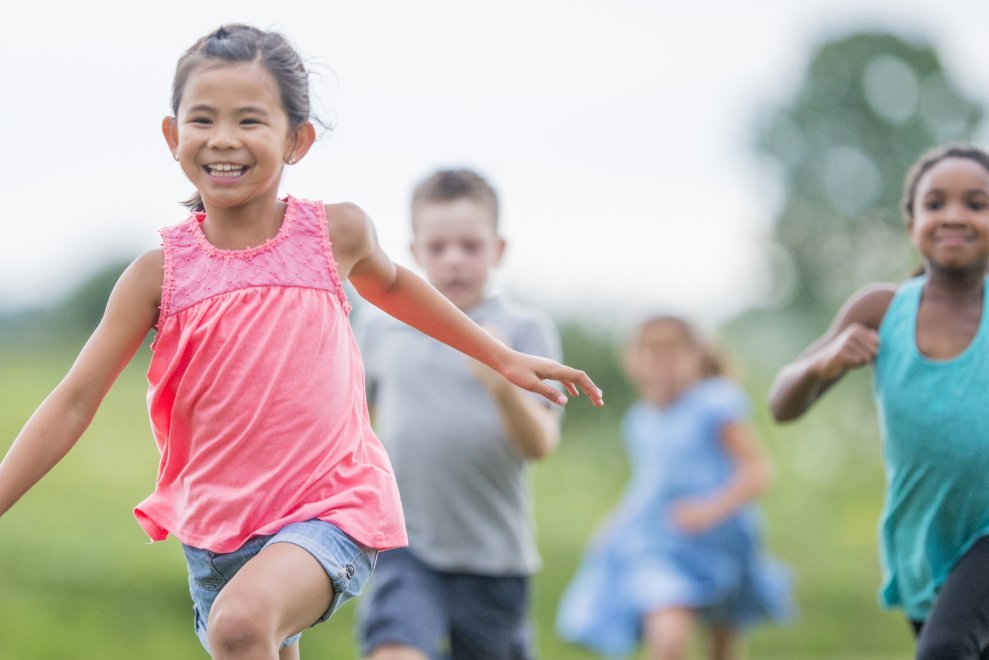 This year I am bringing the celebration of Michaelmas into the Movement classes I teach at my school, and I thought it would be fun to share some of the games my first and second grade classes are playing. These games can either be played by children younger than seven, or easily adapted to the younger age.

Previous to playing the first game, I tell a brief story about Knight Michael’s journey to search for the dragon. The story is modified from one written by my dear friend at Rose Rock, Shanah. Michael goes searching for shooting stars that have turned to meteors as they fall to Earth from the heavens. Michael searches and collects the stars to melt together and forge into a Sword of Light. Listening to the wish of the stars, he takes the Sword of Light in search of the Dragon. In our story, he comes upon the Dragon in an apple orchard which leads us into the first game, but through the story we warm up with a chance to leap from tree stumps as falling stars and gallop like Michael’s white-winged horse.

The first game- no surprises here- is a modified version of The Orchard in Games Children Play by Kim John Payne. This game requires the skill to be quick and careful, developing their agility. The children are the apple trees, sitting on the ground with their legs straight out in front of them as “roots”. One child is Knight Michael, who jogs through the orchard jumping over the “roots” in pursuit of the dragon.

In my first grade class, and for younger children, this is enough. They all happily take turns being Knight Michael. In the second grade class, which is a larger crowd, there is also one child who is appointed Dragon. They may chase carefully through the orchard, but must continue to mind the apple trees. In both classes we also use some of Payne’s variations to the game- opening legs wide for ploughed ground, stacking legs for fences, or weaving in and out of the trees. As simple as it seems, they are delighted with this game.

Next is a simple game of tag between Knight Michael and a crowd of dragons. However, in transforming the idea of slaying the dragon and the urge to act it out, our dragons are tamed. When a child is tagged, she must stop running and turn to Knight Michael for him to touch the top of her head with his Sword of Light. Now the good-hearted dragon returns to the orchard. To help “even the playing field” and encourage team work, the tamed dragons in the orchard are sometimes called out to help Knight Michael to round up some hard to catch wild dragons.

After the dragons are all tamed, it is time for the Dragon Dance. This game encourages cooperation and offers the opportunity to work on a variety of gross motor movements. One child is the Head of the Dragon, and the leader; she holds one end of a rope in her hand. Another five or so children space out behind her as the Body of the Dragon, holding onto the rope as well. The game is simply played like Follow-the-Leader. The head decides where the Dragon is going and how to get there. If she skips in a circle, the body skips behind her in a circle. If she hops on one foot, the body hops on one foot.

They have to be attentive to each other as much as work on these skills in order to stay together and make their Dragon dance beautifully, turning in circles or leaping gracefully. We talk about how beautiful the Dragon’s dance can be, and as they dance I might offer suggestions- “I wonder if the dragon can hop on one foot?”- to encourage diversity of movement. We have also been playing this on a playground where they have “obstacles” to dance around or through. When the children have played well and their Dragon Dance goes smoothly, I may try adding a second dragon at the same time.

We have had such a jolly and playful time celebrating the coming of Michaelmas- may yours be as playful, too!