He is rushing on his way

To bring our eggs on Easter Day, 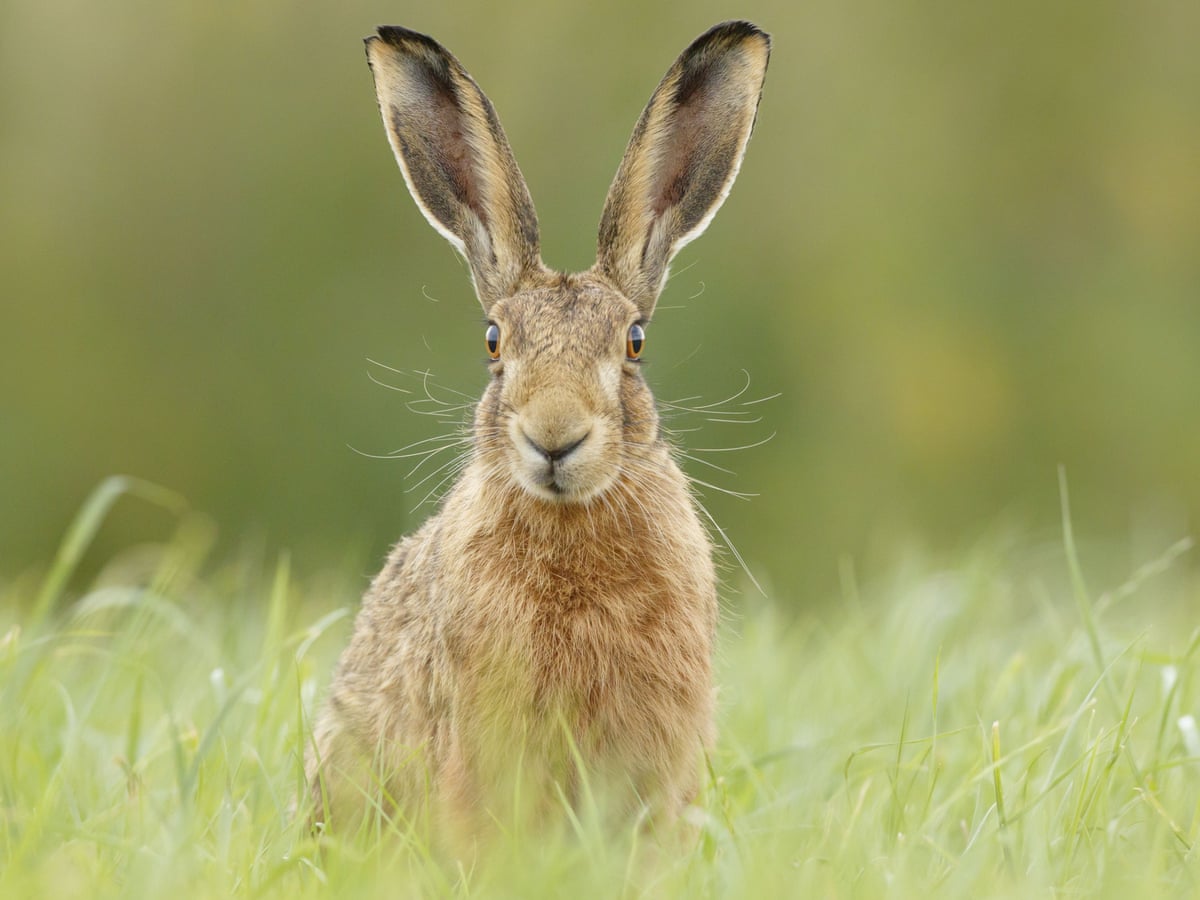 Have you ever wondered how the Easter Bunny became the ambassador for Easter? The tradition of the Easter Bunny came to the United States with the German immigrants. They celebrated Easter with the Easter Hare (Osterhase) who was said to hatch and hide multicolored eggs for children to discover around their homes and gardens on Easter Sunday.  In the United States, we have more rabbits than hares, but they are from the same family, so the Easter Bunny became a treasured tradition here.
Why the hare/rabbit, you ask?
This has to do with a very special quality of the hare. The hare is a pretty defenseless animal. But it’s definitely a fast runner. So you would think if a hare was frightened by a predator, its first instinct would be to run, right?  But it doesn’t do that. First, it thumps its hind legs to warn all of the other hares above and below ground that trouble is near.  In some cases, that actually makes it even likelier that the source of the danger will come toward them.  The hare is willing to sacrifice itself for others, which is why it is the perfect animal as the ambassador of Easter, the festival honoring the sacrifice of Christ.
There are tales about the sacrificial quality of the hare going all the way back to ancient India.  Here is one that I shared with the families in our farm program at Paradise Farm this week:

The Tale of the Selfless Hare

Long ago, there was a very special hare. He lived in a leafy forest among soft, tender grass and delicate ferns, surrounded by climbing vines and sweet wild orchids. The forest was rich with fruits and bordered by a river of pure water.

This forest was a favorite of wandering spiritual travelers who withdrew from the world to focus on their spiritual journeys. These travelers lived on food they begged from others. The people of that time considered the giving of alms to the holy wanderers to be a sacred duty.

The hare had three friends–a monkey, a jackal, and an otter–who looked to the wise hare as their leader. He taught them the importance of keeping moral laws, observing holy days and giving alms. Whenever a holy day approached, the hare admonished his friends that if someone asked them for food, they were to give freely and generously from the food they had gathered for themselves.

Sakra, lord of devas, was watching the four friends from his great palace of marble and light on the peak of Mount Meru, and on one holy day, he decided to test their virtue.

That day, the four friends separated to find food. The otter found seven red fish on a riverbank; the jackal found a lizard and a vessel of curdled milk someone had abandoned; the monkey gathered mangoes from the trees.

Sakra took the form of wandering traveler, and he went to the otter and said, “Friend, I am hungry. Can you help me?”  And the otter offered him the seven fish he had gathered for his own meal.

Then the traveler went to the jackal and said “Friend, I am hungry. Can you help me?” And the jackal offered him the lizard and curdled milk he had planned to have for his own meal.

Then the traveler went to the monkey, and said “Friend, I am hungry. Can you help me?”  And the monkey offered him the juicy mangoes he had looked forward to eating himself.

Finally, the traveler went to the hare and asked for food, but the hare had no food but the lush grass growing in the forest. So the hare told the traveler to build a fire, and when the fire was burning, he said “I have nothing to give you to eat but myself!” Then, the hare threw himself into the fire.

Sakra, still disguised as a traveler, was astonished and deeply moved. He caused the fire to go instantly cold so that the hare was not burned, and then revealed his true form to the selfless little hare. “Dear hare,” he said, “Your virtue will be remembered through the ages.” And then Sakra painted the wise hare’s likeness on the pale face of the Moon for all to see.

Sakra returned to his home on Mount Meru, and the four friends lived long and happily in their beautiful forest. And to this day, those who look up at the Moon can see the image of the selfless hare.

[O’Brien, Barbara. “The Jataka Tale of the Selfless Hare.” Learn Religions, Aug. 25, 2020, learnreligions.com/the-jataka-tale-of-the-selfless-hare-450049]
Blessings on your Easter, to all those who celebrate it, from all of us at LifeWays North America!