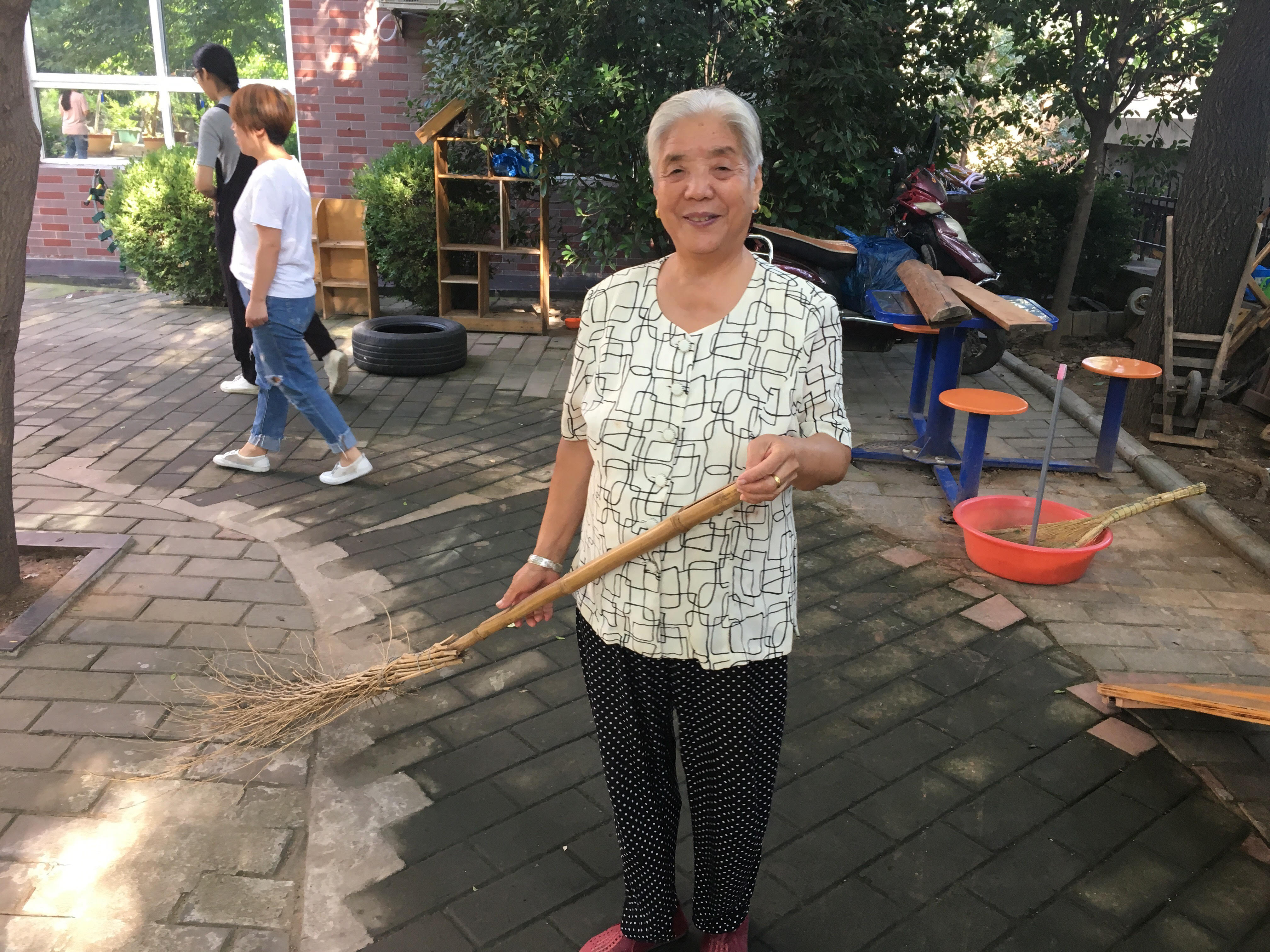 As I mentioned in last week’s blog post, Rahima and I are in Xi’an, China teaching in LifeWays’ first Birth to Three course.  I have learned so many things from our students, about their language, their culture, and the way they parent their children. But mostly, I have learned about kindness.  This morning, a little boy whose mother is in the training handed me a folded up piece of paper with tape all over it.  Then he showed me a peace crane.  It became obvious that this was his version of a peace crane, and he meant for me to have it.  I thanked him and added it to the other presents children have given me this past week, all given with bright smiles and heartfelt gratitude (and received the same way.)

While Rahima was teaching the last couple of days, I had a chance to take an adventure.  Our kind translator, Diane, got me all set up in an Air BnB apartment in the city and told me where to find the subway to the old city wall. I wondered how I would manage alone in a strange city of six million people knowing how to say just two words: Hello and Thank you. Turns out I fared just fine – better than fine – due entirely to the kindness of the Chinese strangers I met along the way.  If someone saw me looking clueless in the subway station, they stepped up to help.  Most didn’t know English, but it didn’t matter. Through smiles, laughter and hand gestures, we communicated.

I thought of all the times I have been in New York City or another big city and just went about my way.  I certainly wasn’t looking for foreigners to help.  Sadly, that thought never occurred to me. But here in Xi’an, from the kind stranger who showed me to my train to the generous LifeWays student who picked me up in her car stocked with all her favorite local hot breakfast specialties, welcoming the stranger is a core value.  I hope to make this value live more strongly in my life when I return home.

Blessings on your week.  If you have the opportunity to welcome a stranger this week, please think of me as you pay it forward. 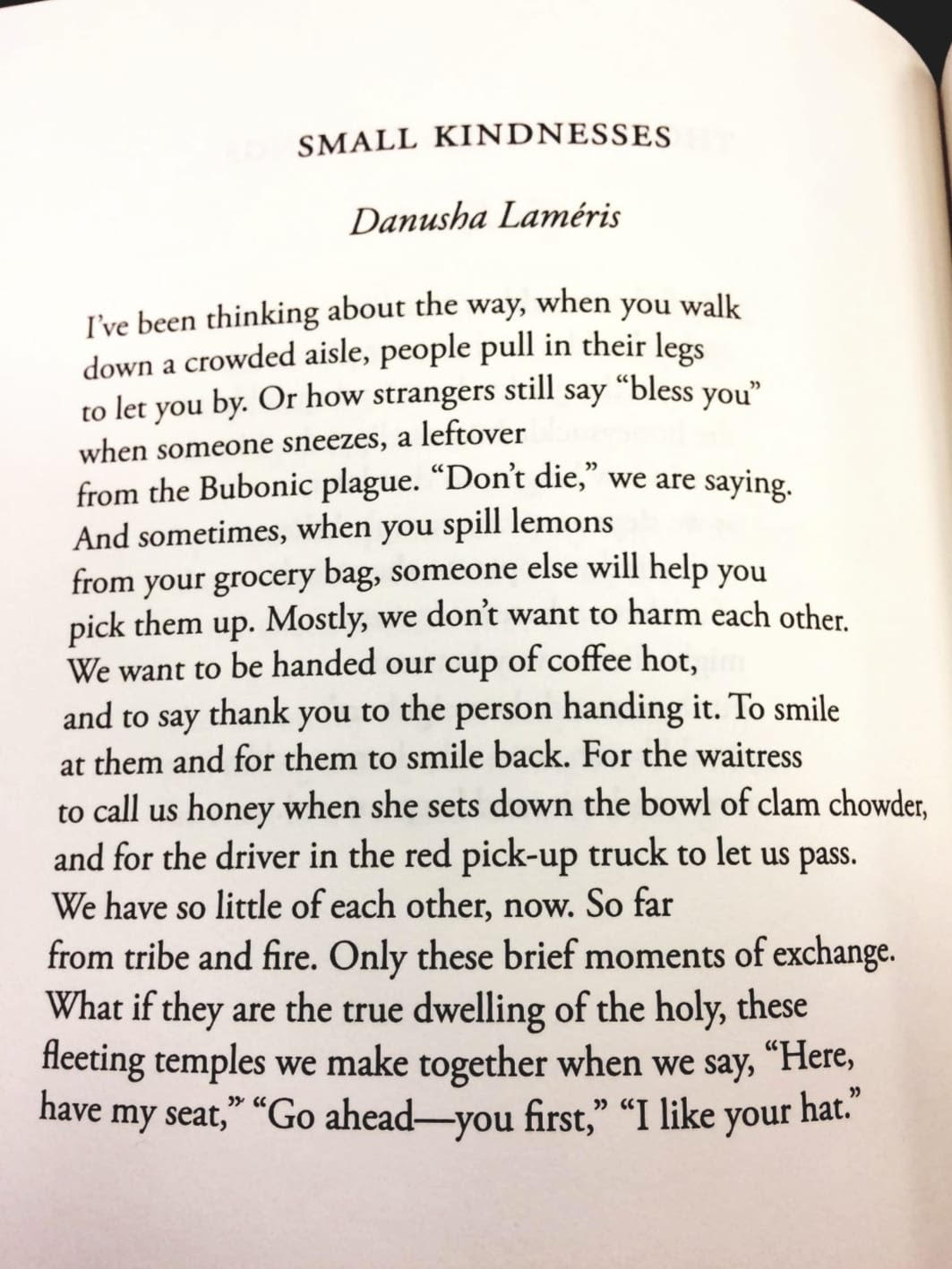 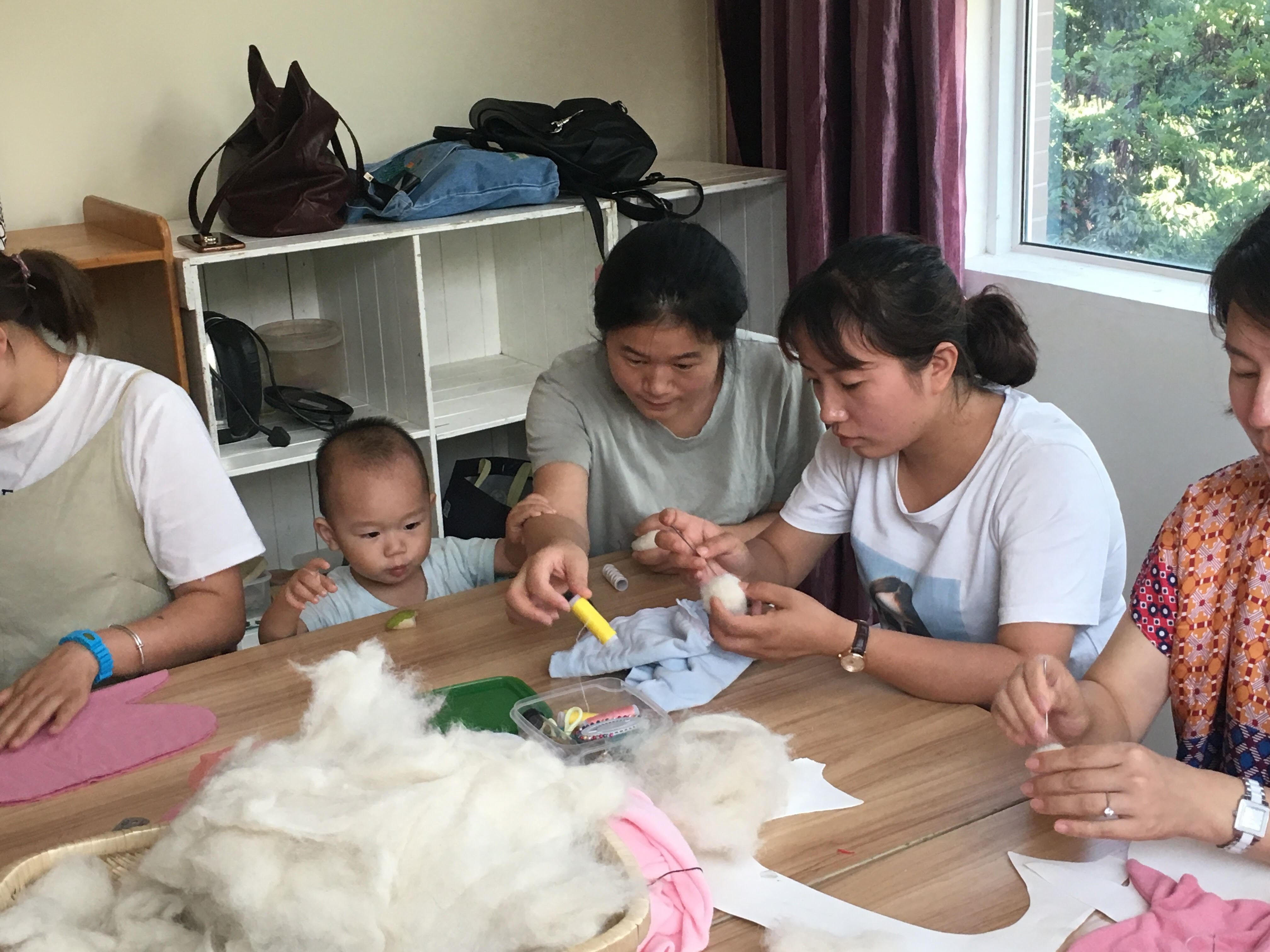 Handwork class in the Xi’an Birth to Three LifeWays course 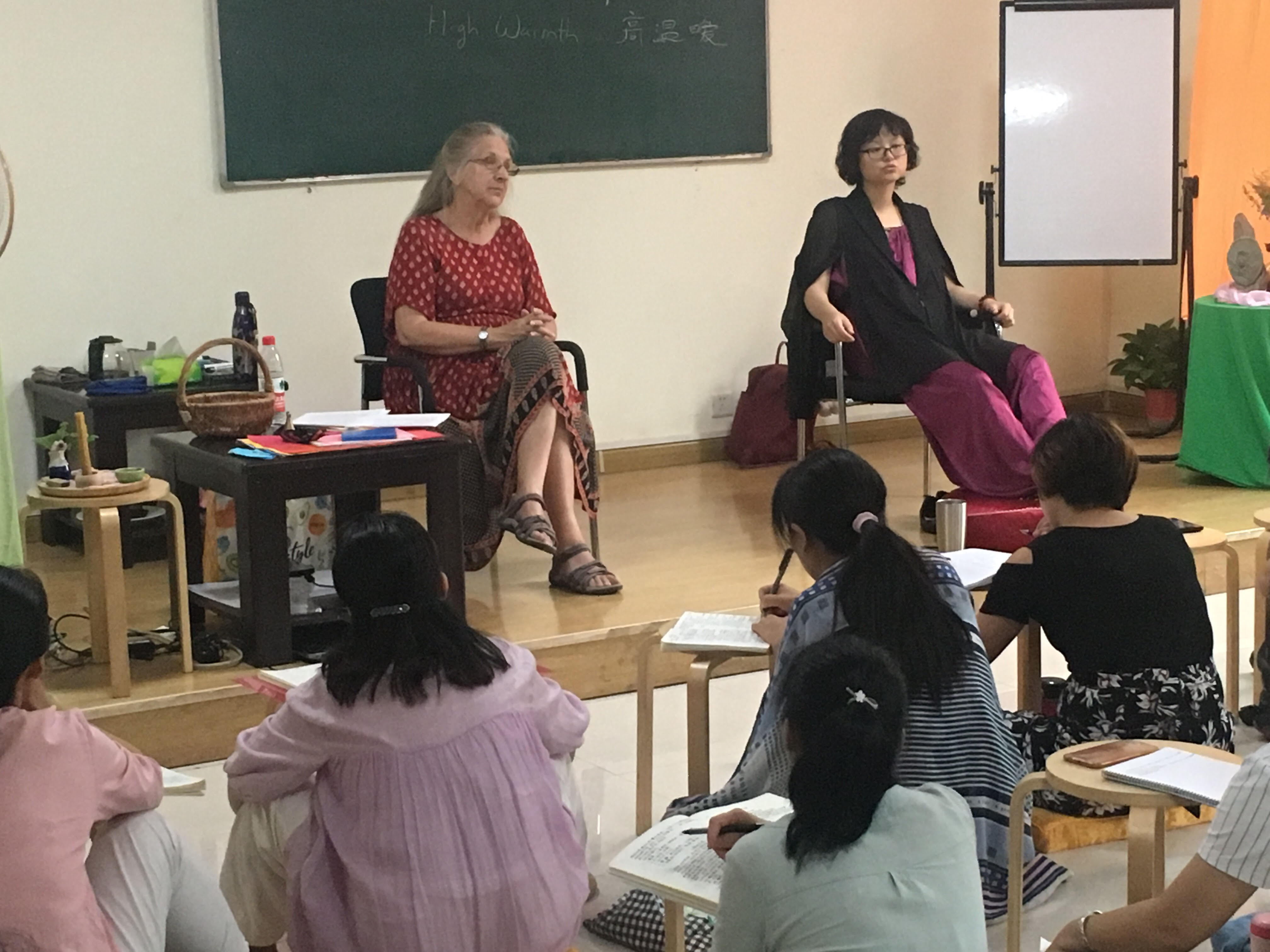 Rahima teaching, with Diane, our translator