Children grow through games. They first learn as infants about the world around them, and at times their gaze seems to look far beyond the new physical environment that they have come into. They exist partly in the periphery. Then as the years go by they spatially ‘come closer’ to themselves. They play finger games, clapping games, skipping, romping and running games. They grow more skilful as they learn about space and how to move in it; the games become more demanding, involving greater social complexity and negotiation. The journey from the young child playing finger games to the teenager playing basketball, is a process of coming ‘in’ and ‘down’, of growing heavier within the body. A dynamic exists between growing ‘up’ and ‘down’; and also between ‘growing in’ to oneself and ‘growing out’ into the world.  – Kim John Payne 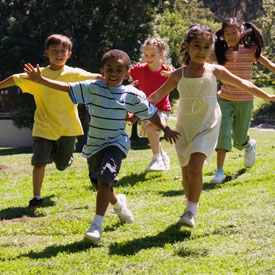 This excerpt from Kim John Payne’s book Games Children Play summarizes well the crucial role classic playground games have in a well-rounded and healthy childhood. How to move in space, how to coordinate the body, how to manage social dynamics, and so forth, are ways in which we live in relationship to the self and the world. There are few situations that provide the same complexity of learning these skills as playground games. There certainly is not any situation in which we, as adults, can convey or explicitly teach these skills and have the same profound effect as when they are learning through play. It is simply our responsibility to bring the opportunity and offer support for them.

From Duck, Duck, Goose to kickball, there are many games that offer so much in the realm of social and cooperative dynamics that become increasingly sophisticated and complex as children age. One game that I played as a child that I still see children play is Red Light, Green Light or Grandma’s Slipper. It might seem like a very simple game and, perhaps, one for very young children, but I have had children in my classes as old as thirteen still enjoying it. Kim John Payne features, what he calls, Grandma’s Slipper in his book along with other versions.

Red Light, Green Light is very commonly known, and the concept is followed along similarly in Granda’s Slipper, except that the children are trying to steal a slipper (or shoe) from behind the Grandma and take it back across the starting line. The big star of the show in these games is Control.

Here, the child who fills the role of Grandma (or Grandpa), has the opportunity to explore being in charge, so to speak. They get to choose how quickly or slowly to turn around, and when they turn around, they call out whoever is moving. Some children even go so far as acting the part, imitating the voice and mannerisms they see in their own grandparents, or even parents. Being “in charge”, they are also expected to be fair and so must learn how that feels in such a role. If there is disagreement, they have to figure out how to manage it. The other children, “racing” to the slipper, have to exercise tremendous bodily control when coming to a fast halt and holding as still as statues, and “own up” when they are called on for moving. What a great chance to practice controlling impulses!

Another really fascinating part of playing this game is seeing how children intrinsically approach the challenge. Some children are daring and race to the slipper so quickly, they often get sent back multiple times. Others are so cautious and slow that they almost never make it to the slipper, but also do not get sent back. Payne points out that sending all the children back to where the cautious ones are, gives value to them and gives them a repeated chance to advance with the pack.

These examples illustrate the ends of a spectrum of ways in which children approach games like this one, and often, we can see how their approach in the game reflects their approach to other challenges in life. In this sense, the game becomes a practice field for shaping the Will. As they become more self-aware, they are repeatedly given the chance to challenge themselves to grow. For particularly cautious or nervous children, the context of the game is important because the “failure” feels a bit more inconsequential in comparison to real life.

When cooperative games are played as children come into more awareness of the world around them, they also begin to read one another’s approaches and to naturally apply that to their understanding of each other. This can be seen clearly in more sophisticated and complex games of older children, but it starts in the simpler games, too.

Games can really change the social constellation of a group of children, including unhealthy patterns like victimization.  –Kim John Payne, Games Children Play

As children come to understand each other in the classroom and inevitably move into difficult social dynamics, playground games can serve as a healthy, controlled environment to work out these conflicts or patterns of behaviour. They aren’t just given a chance to learn how to win or lose, but also how to support each other in the process. Payne offers two games in particular that work with bullying in the classroom: Cat Trap, and Nest and Eggs. Both of them feature situations in which one child may feel both the pressure of “being picked on” and of being protected, while others feel the roles of being the “protector” or the “attacker”. 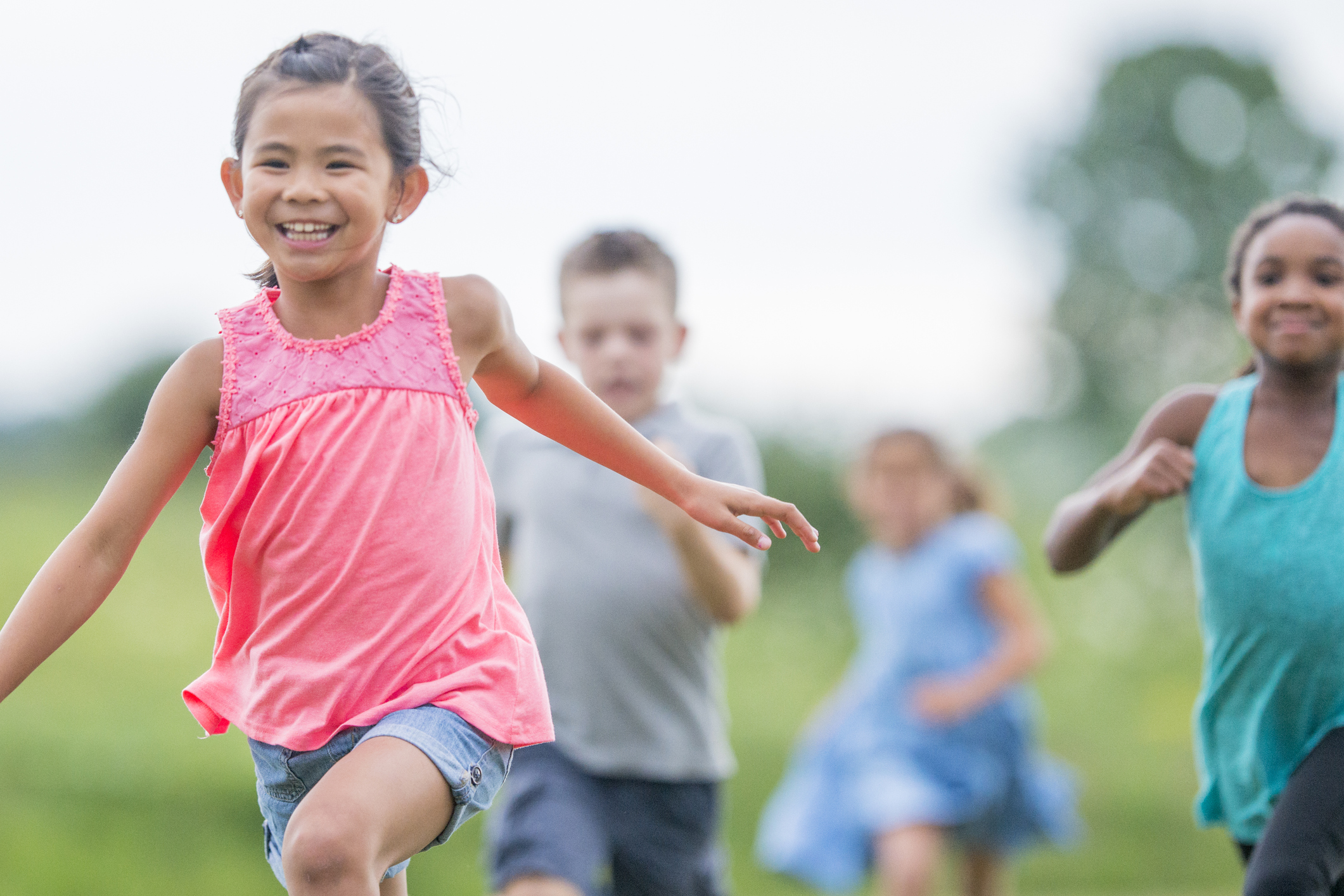 Outside of these specific types of cooperative games, there is a lot for children to learn from games in which the “playing field” is simply a bit more even. In Everybody’s It, the name says it all- everyone chases each other. When someone is tagged, they squat down, until the child who tagged them is tagged, then they get to pop back up into action. If two children tag each other at the same time, they play rock-paper-scissors to determine the “winner”. I have seen children alter the game in various ways to support each other in alliances, up the competition, or add “rules” when conflicts arise. At the heart of it, these are all facets of exploring power and fairness, and both part of developing compassion and understanding in the social world.

I hope this inspires you to bring more playground games to your children! I have mentioned just a few specific games, but numerous other cooperative games share the same opportunities for social and emotional growth. If you do not have old favorites to introduce to your children, Kim John Payne’s book, Games Children Play, is an invaluable source and great place to start.