In the silence of a midwinter dusk, there is a sound so faint that for all you can tell it may be only the sound of the silence itself. You hold your breath to listen. You are aware of the beating of your heart. The extraordinary thing that is about to happen is matched only by the extraordinary moment just before it happens. Advent is the name of that moment.  -Frederick Buechner 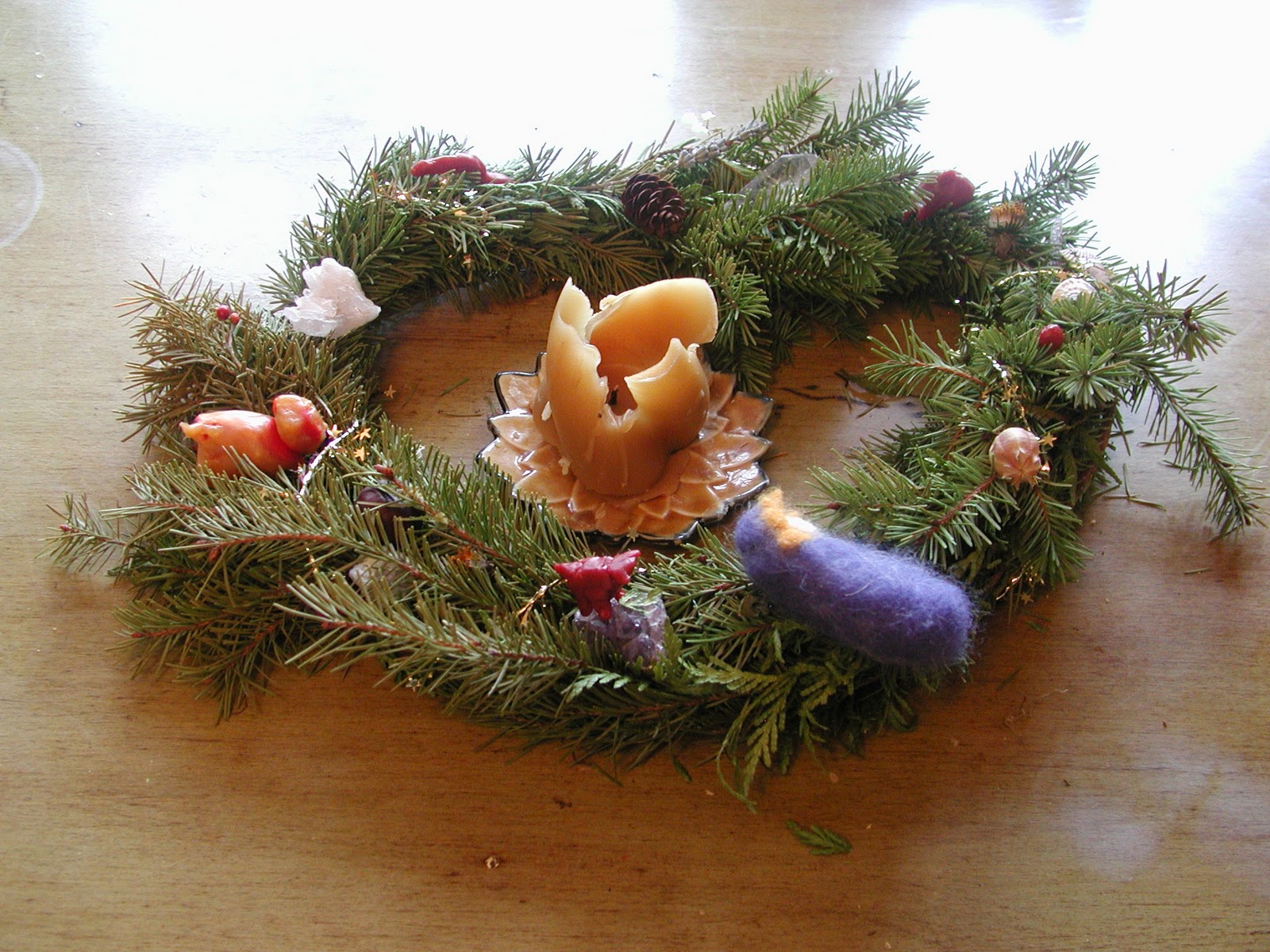 This Sunday marks the beginning of Advent for those who celebrate it.  The term “Advent”  is Latin for ‘that which is coming’. This is the time of preparation, of waiting in the dark for the return of the light at Winter Solstice & the birth of the Sun/Son at Christmas.

There are many traditions to celebrate and deepen our experience of waiting for light, although you might miss them if you allow your December to be overtaken by the secular holiday drama.

One way to help children to enjoy Advent in a new way is the Outdoor Advent calendar from Wilder Child that invites you to take a few moments each day to connect with your family and the outdoors. Click here for their free DIY, printable calendar!

And one way for YOU to enjoy this season of waiting is to join our FREE December Visioning online course!  This mini-retreat will take place December 7th and 8th, and we hope you can join us. Click the photo below for more information.

Back by popular demand — Stories for the Early Winter 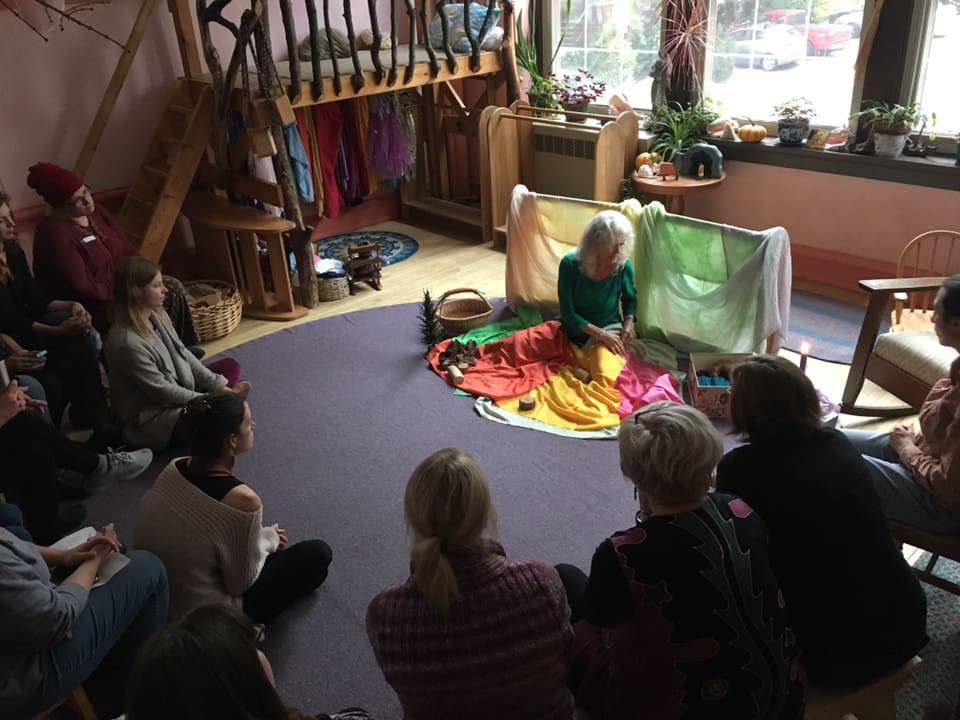 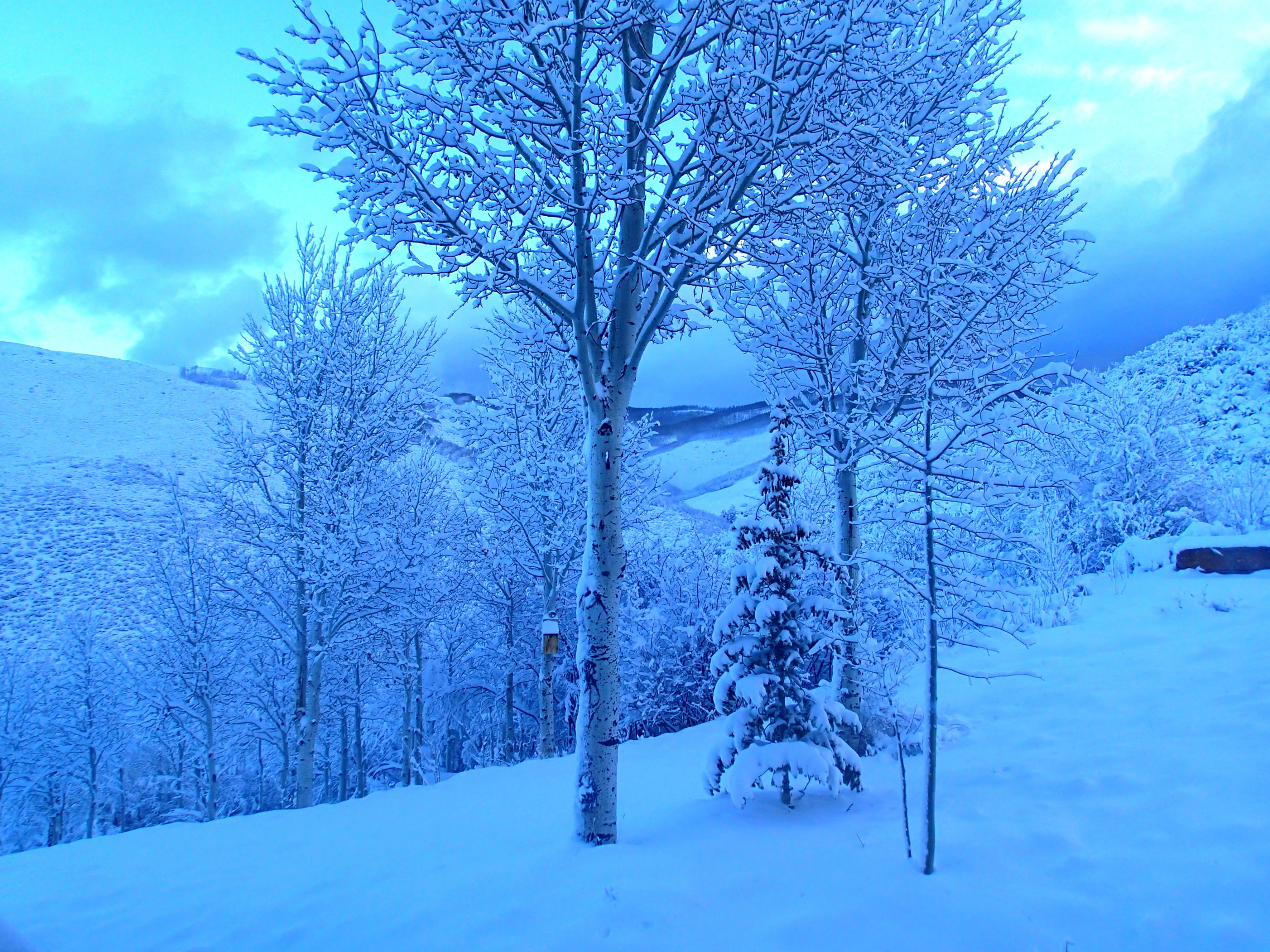 The First Winter Rose (first of a series)

Once upon a time, in the deep cold of winter, an old man and a young woman began a long journey.  They packed their few belongings onto the back of a little gray donkey, and so they went along, up one hill and down the other.  As they traveled, the winter wind began to blow.  The young woman pulled her cloak more closely around her shoulders.  She shivered. The day wore on and her footsteps became slow.  Finally, as they stopped to rest, the old man said to her, “here, my dear, let me carry our bags, so the donkey can carry you.”  Wearily, she climbed onto the donkey’s back.

At last, as the sun moved toward the horizon, they saw the first lights of the evening twinkling in the town below.

“Soon we will be warm, and well fed”, said the old man, “I know of an inn just at the edge of town.”

“Thank goodness”, said the young woman, “for it has just begun to snow.”

Snowflakes fell, like silent diamonds, as they hurried toward the lights.  But when they arrived at the inn, they found all the rooms had been taken.  There was no place for them to sleep.

“Never mind”, said the old man, “do not worry.  There are other inns further ahead.”  But at each inn they found the same thing: all the rooms were taken, and they had no place to sleep.  At length, they came to the last inn.  “Surely here, there will be a place for us”, the young woman whispered, “what will we do, if not?”  A tear glistened on her cheek.

Alas, this inn also, was full.  Just as the inn-keeper began to turn them away, he saw the look in her eye, and found himself telling these weary travelers they might stay overnight in his stable, out behind the inn.  “My animals will keep you warm, and the stable boy will bring extra hay, that you may have a fresh bed.”  Gratefully, they followed, as he led them around the corner toward the back of the inn.

Inside the stable, the hay was golden and fragrant upon the earthen floor.  The curious animals came close, their breath warm and sweet.  The old man arranged her cloak upon the hay and the young woman lay down.

Then, something wonderful happened! A baby was born to them that night.  The man, the woman and all the gentle animals, gazed into his shining, brand new face.  Soon, though, the baby grew cold, and although they wrapped him close and snug, he began to cry.  The old man gathered a bit of hay, and a few twigs and sticks.  He began to build a small fire to warm them all, for the cold had grown bitter.  When the tiny fire burned bright, he put on his cloak, that he might go outside to gather some bigger branches.

Outside, he found the snow had fallen deep. Everything lay under a thick white blanket.  He had to walk far, up to the top of a hill, to find a great old fir tree.  There, under the fir, sheltered by its limbs, still green in the middle of the winter, he found dry sticks and large boughs, which he gathered in his arms.  Slowly he made his way back toward the stable.

Once inside, he quickly built the fire up again, placing the wood this way and that, till the flames danced merrily before them.  The baby quieted down, no longer crying, now that he was warm.  When he opened up his little eyes, he saw, on the old man’s beard, a tiny snow drift glittering in the firelight.

Seeing the twinkling snow, the baby just laughed out loud for pure joy.  When the snowflakes heard the baby’s laughter, they became so happy that their sparkling little hearts burst into bloom!  And there stood the old man, in the middle of winter, his beard full of tiny white roses!

Everyone was very happy, indeed.