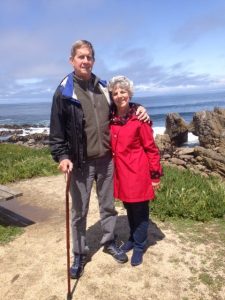 “What are you doing?” queried the little boy riding by on his scooter, following his father, also on a scooter.  He’s probably close to five years old.

My husband answered, “I’m weeding. What are you doing?”

“Going to the park,” he answered.  “Don’t go into that house!” the child entreated, pointing toward our front door.

“Why not?” my husband responded.

“Because I want to see you when I come back!” came the cherub’s reply.

My husband shared this conversation with me when I went outside later to see how his weeding was coming along. Then, when I asked him how much longer he was going to be out there, he answered, “Until he comes back.”

These little ones, so sacred and open, call out the best in us.  Yes, it is a responsibility we carry to be relevant and worthy models of human being for them.

June 24th, celebrated in some cultures as the Feast Day of Saint John, helps to remind us of metanoia, a deep calling to change our selves, our ways of being, ideally to serve others.  Some of you may be familiar with this particular saint as John the Baptist, cousin of Jesus who baptized Jesus in the Jordan River.  Historically, John was recognized as a wilderness prophet.  He was often characterized as wearing a rough garment of camel’s hair and eating hard fruits and wild honey.  Most important, however, was the message he became known for: “change your hearts and minds.”

Celebrations of St. John often include bonfires and feasting.  When our children were growing up, we added a few elements that one might feel combines a bit of Summer Solstice with St. John’s.  In addition to having a fire, we would gather with friends and tell stories of the nature spirits, particularly the gnomes, who were so very active with their summer work of tending to the gardens and such.  It was one of only two nights when we allowed the boys to stay up late, and just before bed, they would put out some pineapple for the gnomes.  Lo and behold, the next morning, the pineapple was gone and a little treat (sometimes a crystal) was left for the boys to appreciate!

When they were in early elementary school, we were living in England where they attended Michael Hall Steiner School and I attended Emerson College to receive my training as a Waldorf teacher.  We had the opportunity to experience a truly gigantic bonfire with much frivolity.  And years later, in celebrating with our LifeWays students in Wisconsin, we added the element of writing down on a piece of paper something we wanted to change about ourselves.  These would be offered to the fire.  And, of course, we sang and danced.  Please enjoy the attached song for your pleasure and delight!

For those of us who prepare to celebrate a St. John Festival later this week, and today as we celebrate Fathers Day, we can hold aloft the countenance and voice of the young child, calling us to our
highest integrity. “I want to see you!” This is their invocation. May we lift our hearts and minds in such a way that we are worthy of being seen!