His voice was slow and deep and practiced. The fire had already burnt down to embers and they lit his prickly face, deepening the wrinkled shadows that covered it. There was the slightest trace of a smile on his lips, which his pipe accentuated. He blew out a puff of smoke and started. We all leaned in. It is what we had been waiting for these last two weeks, every night begging for this moment. He hoisted the sails of his story and we took off.

Once and only once during our yearly two-week camping trip would my father tell a ghost story. It was never on the first night. He was exhausted by the time dinner was over and we rarely even had a fire. It was rarely ever the first week and when we asked, it was always halfheartedly. He 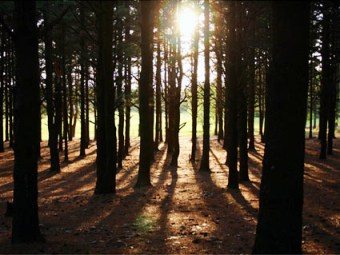 loved a good story and he had perfected the fine art of the ghost story. We all knew that it took time and inspiration and quiet, so we begged and waited and we knew we would not be disappointed. I am sure he worked on it the whole time we were at camp. I would not be surprised to learn that he thought about it all year long, pulling together bits and pieces from here and there into a beautiful seamless whole. They were wonderful stories and my brothers and sisters and I knew to edge closer to my mom when he started because they were always scary. When we went to bed that night, we would move as a gang, all seven of us.

Then, one year, suddenly, there was not another ghost story. There were still stories but they were silly ones.  We would laugh and know not to press my father about a “real” ghost story. I know the year and the date of my father’s last ghost story. He never said that there would be no more ghost stories. He never talked about it at all. We just witnessed something deep and profound change a man we loved. Sometimes social arts are learned like that, as a witness to something strong and deep and sure without words. Not a teachable moment by any means, but one with ramifications that have lasted a lifetime. That year he had heard a snippet of something happening in the outside world and he had woven it into a story that was more horror than ghost. But those snippets unfolded into a horror pouring out of our little transistor radio that could not be match by the imagination. It was August 9, 1969 and Charles Manson was about to become a household name. I was seven years old. 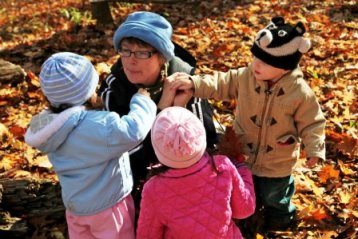 I cannot tell you all that I learned from that simple act of my father. It was just a story, after all. I know I have never had a taste for horror movies since then. I know I still have a distinct dislike for media circuses when it involves the misfortune of others. I know I still say a quick prayer for people in news stories, whether I know them or not. I know that I learned something about my father that summer and who he was as a man. Sometimes the greatest lesson you can give a child is not what you teach them but who you are. Sometimes the most profound lessons you can give a child are the ones you learn yourself.

Jane Sustar is a caregiver at LifeWays Milwaukee and teaches with the Wisconsin LifeWays Training program. She is also a busy mother to six.

We thank you for stopping by to enjoy this article. If you would like to share your experiences working with children in a LifeWays home or center, please feel free to contact Mara Spiropoulos at spiropoulosm@yahoo.com. She would be thrilled to work with you to share your wisdom and experiences on the LifeWays blog

1 thought on “Once Upon a Time, by Jane Sustar”