on a cool October day,

Who were coming out to play

Said one ghoul, with a sneaky grin,

Let us make some mischief and run amuck

for Halloween’s drawing near! 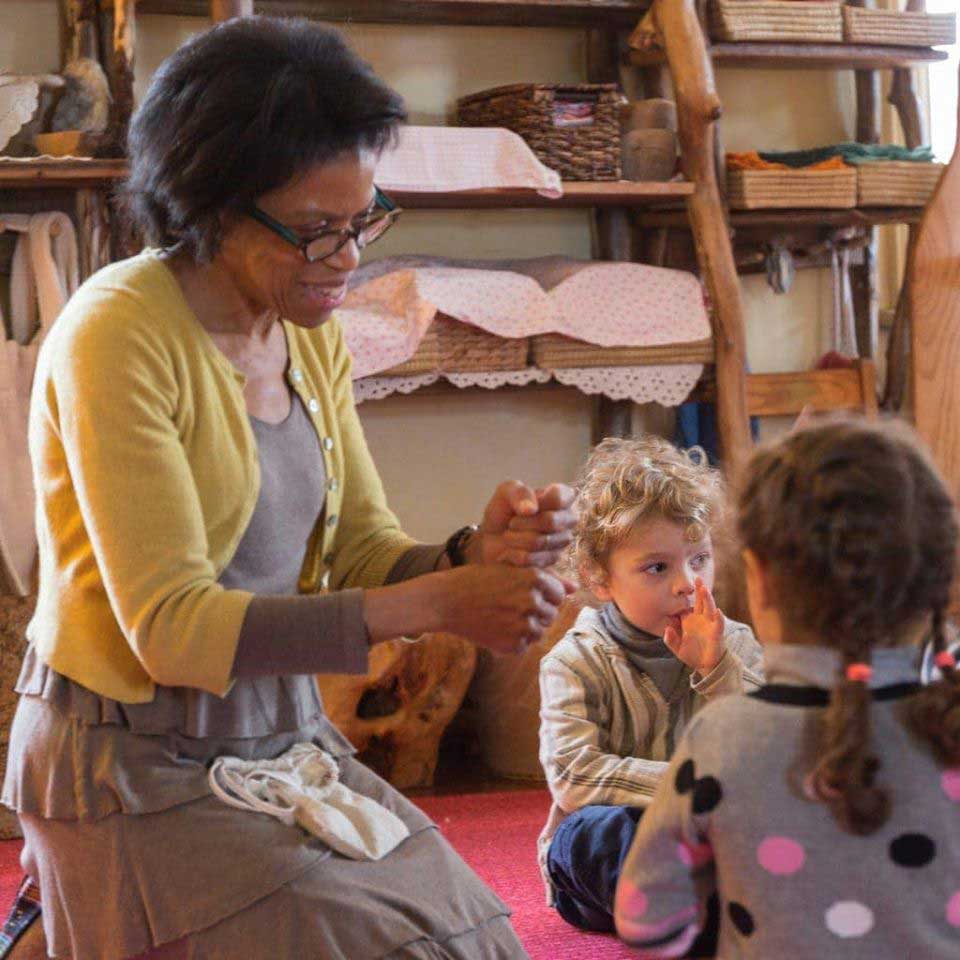 My youngest son and I were inspired on a recent foggy morning to begin creating this rhyme as I drove him to kindergarten. Words may not be a medium of play that is thought of often, but it happens to be one of my favorites, and it’s incredibly fun when young children participate. Word play is also a wonderful way to help develop language capacities connected with reading, writing and organized speech. There are many ways to play with words that I have engaged in through the years of my children’s lives. Here are a few:

In her book Storytelling with Children, Nancy Mellon says that nursery rhymes belong to story medicine, like good food and joy. I whole-heartedly agree. Their rhythm and repetition capture and soothe one and all. When my sons were young we said them often, and sometimes we re-created them to have a little fun. Their favorite bedtime rhyme, for example, was changed to include each of their names.

Went to bed with his breeches on

Went to bed without a diaper pin,

His buttons undone and his shirt tucked in,

Went to bed a-kickin’ and a-yellin’,

What he was mad about, there’s no tellin,

As a teacher at Rose Rock, I’ve transformed Jack be Nimble, Little Jack Horner, and Little Miss Muffet as well. When changing a rhyme, I try to preserve the rhythm and rhyming pattern. The repetition in the rhyming encourages listeners to pay close attention to the slight differences in the words with similar endings. This really pushes their listening and linguistic skills, especially as the children attempt to create their own!

First of all, they are brilliant tools for practicing enunciation. Secondly, I’m not sure there is any other word play that is so much fun. Even though my love of tongue twisters has been lifelong, I truly came to appreciate them when I cared for a little boy with apraxia of speech. His disorder inhibited his ability to speak articulately and it could often frustrate him. Sometimes, no matter how hard he tried, one just couldn’t understand what he was trying to communicate. I believe this was why he cracked up every time I tried a tongue twister and let a line of nonsensical jumble pour out of my mouth. It seemed that to him we were momentarily on even ground with a skill that always challenged him.

When there isn’t a song in my bank to fit the situation nor the time to learn a new tune, I simply make it up! Often my most popular and successfully used songs in childcare have been the ones I invented spontaneously. Some of them are silly, some of them are heartfelt, and many of them have been in effort to get us all moving toward a goal. I have also used it as a method of redirection, asking my son or child in care to make up a song with me, as I try to shift their attention away from a sticky situation. We turned tangle tears into giggles when I came up with this song at Rose Rock last year:

You may find some twigs and sticks and build a home of your own. 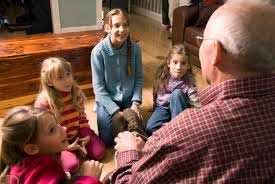 Storytelling alone is entertaining, gratifying and nourishing. In my experience, children long to be a part of the telling almost as often as they love to hear stories told to them. However, they do not always have the confidence to attempt it alone. This is why I have engaged in a lot of group storytelling.

In a mixed-age group, I ask the children to pick the characters (and sometimes the puppet), and I tell the story. Children five years or older may also choose story elements such as the scenery and a conflict. Since it is usually a strange conglomeration of animals, people and events the story turns out to be pretty funny. However, since I am the storyteller, it still contains elements (such as repetition) that give the story form to follow.

As children grow older and develop their ability to follow a story form, I have also used story cards for a version of this activity. We start by selecting one or two cards from a deck of illustrations that contains running themes and characters. Then we take turns telling pieces of the story from our cards. I will often introduce and conclude the story; sometimes I add a sentence or two between children to help them connect the story as they learn.

Recently, I developed a game for my pre-literate six year old that is based on this. We took turns drawing small pictures such as a tree, a bear, or an ice cream cone. Then we collaborated to string the drawings together into a story, and I wrote a single word for each of the drawings as it evolved. He loved this game, especially when I told him it was helping him learn to read!

“Language is the soul out loud, the open space for feelings to air themselves and the platform

for meanings to meet and converse.”

To delight in words with our children instills in them a love of language and opens up the possibilities of how that can manifest in their lives. Whether they become public speakers, authors, song-writers, comedians, avid journal writers, or simply relish in a good conversation, language is a place to connect and grow together. Being capable and confident with words is a capacity that serves us all for life.

How do you have fun with words?