My father didn’t tell me how to live; he lived, and let me watch him do it. -Clarence Budington Kelland

As we work to break down gender stereotypes, one finds oneself pondering the question, “Is there really a difference between mothering and fathering? Isn’t it all simply parenting?” I remember an illuminating moment in my own LifeWays training when Cynthia asked us to consider the gesture of the sperm and the gesture of the egg at conception. 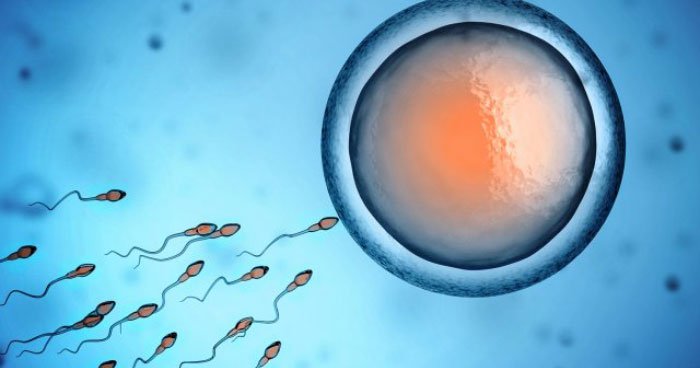 There’s the egg – steady, warm (98.6 degrees) and still. And there are the sperm – cooler (93 degrees), fast as lightning and singularly focused on their destination. Right here at physical conception we have a glimpse of some differences. So, are we surprised that mothering and fathering look, act and feel very differently from each other? Children need both mothering and fathering to help them grow; the cool, forward-thinking gesture of the sperm, and the warm, quiet embrace of the egg. A few weeks ago, we reflected on the archetype of the Mother.  Today we celebrate the Father! Who are the people that embody The Father in your life? Give them a call and thank them.

from Cynthia Aldinger, the founder and Executive Director of LifeWays North America. She is author of the book Life is the Curriculum and co-author of the book Home Away From Home: LifeWays Care of Children and Families. Cynthia has lectured and presented internationally and is pedagogical director for LifeWays trainings and seminars across the United States.

Living every day now with a young family that includes a very hands-on father (my son), Father’s Day is especially poignant, even moreso since my own beloved father Roland, whom my son reflects in so many ways, crossed the threshold in March.  Both of these men (and my other son) bring/brought jollity into their homes and with their children.  While Father’s Day, to some, may seem to be yet another of those Hallmark holidays, these men, and so many others, are fully worthy of being celebrated.

Years ago, my mixed-age parent-child playgroup in Oklahoma enjoyed doing everyday-life activities together, including the things we chose for our “crafting” experience.  In the weeks before Father’s Day, the children began sawing fallen tree branches from our backyard. 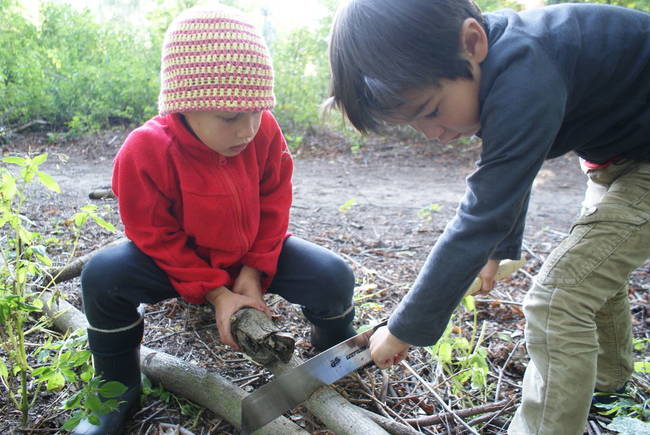 We gathered them into bundles, tied them together with yarn we had twizzled, and sent them home with the children to present to their fathers (or grandfathers or special men in their lives).  It was a big hit.  I learned that since Father’s Day was so close to the festivals of bonfires (Midsummer and Saint Johnstide),  several of these bundles of wood were brought to those festivals. Delightful! 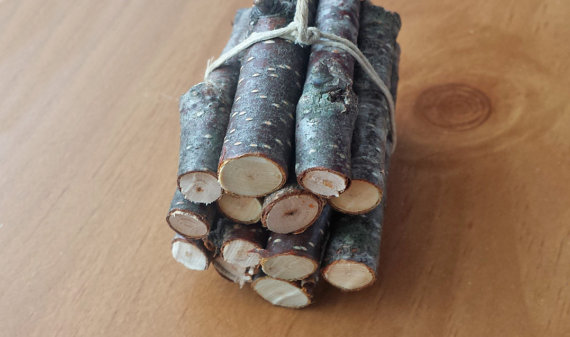 Whether with a tie, a new shirt, a special breakfast or a bundle of wood – may the fathers in your lives feel honored on this special day and throughout the year.

from Cynthia Aldinger (an excerpt from her new online course, “Discipline with Loving Awareness.” Did you miss it the first time? It will be offered again in February 2019!) 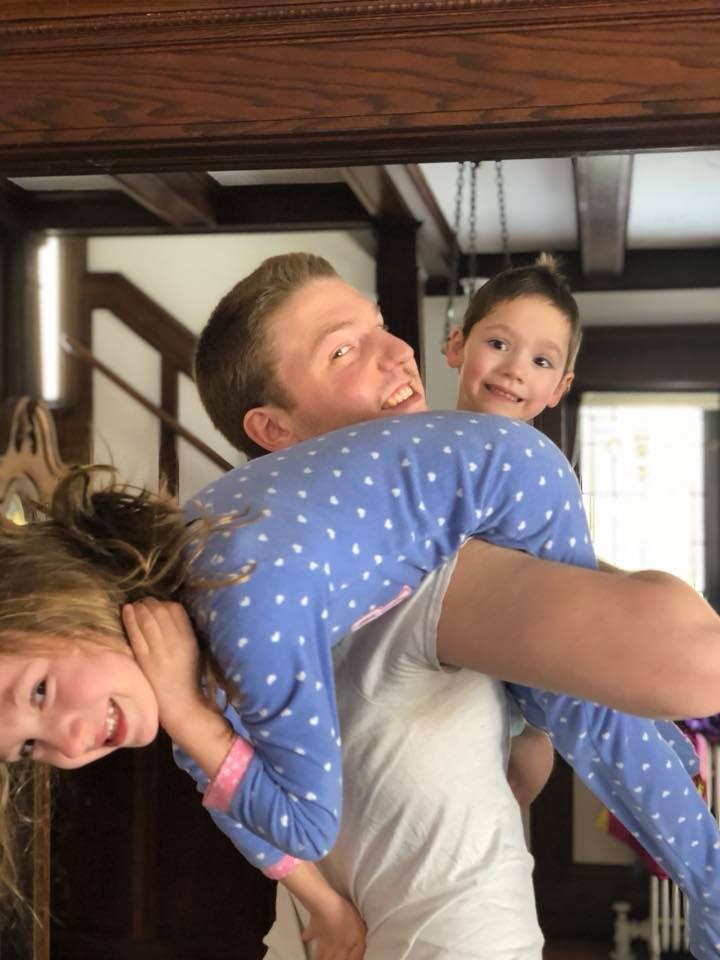 I remember well when I discovered the joy of physically robust play with the children in my care.  Perhaps it helped that my children were slightly older when I started my career as an early childhood teacher, so I was going home every day to a household full of boys.  My sons and I wrestled until they went off to college.  However, it never had occurred to me that this type of play (adjusted, of course, to the age of the child) could be so helpful.  One little fellow in my care taught me.  This quite robust 18-month old would often greet me in our child care suite with body slams and/or punching.  I learned that wrapping him joyfully in my arms and rolling on the floor with him was just the activity he needed to be able to go off and play more gently.  It was also great exercise for me!  As the years have gone by, I have learned to assess which children this type of play best serves and which ones are better served by, for instance, a sweet hand gesture game.

You can imagine my delight when I was an attending an early childhood conference and one of the keynote speakers was Fred Donaldson, author of Playing By Heart.  He spoke with such humor and delight of his many experiences of rough and tumble play with children.  Then I attended his workshop where we adults engaged in rough and tumble play or what Fred calls Original Play, highlighted in the video below.  It was an affirmation of what I had learned from the little toddler in my care.  When I teach it to my students sometimes, I point out the ways for such play to be safe and how to help the child understand when enough is enough.  [An important note: Rough and tumble play is very different from the deep play we teach about as being the most important aspect of a young child’s life.  Deep self-directed play is the imaginative play we see when a child is not encumbered by adults interjecting their suggestions or questions but are allowing the child to find his or her own little kingdom.  Rough and tumble play is direct engagement with the child and is typically for a short period of time and is often used therapeutically or for fun-loving bonding.] 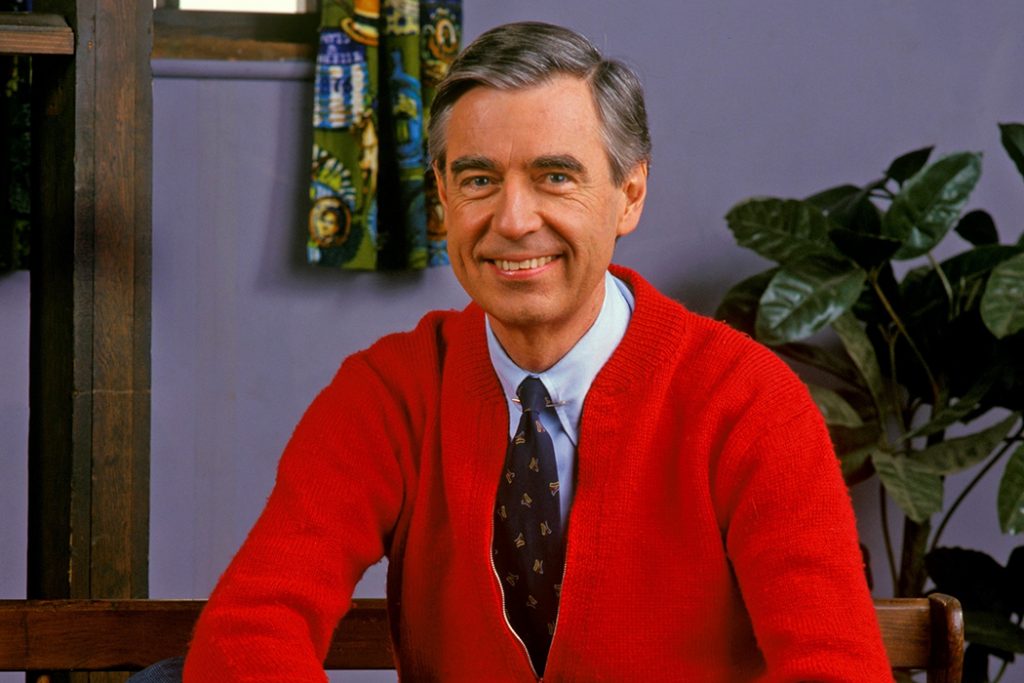 Perhaps one of the most fatherly people of our time was Fred Rogers of Mr. Rogers’ Neighborhood. I recently read an article (you can read the whole article here if you wish) about the careful way that Mr. Rogers spoke to children on his TV show. His staff members called it his own language and they lovingly named it “Freddish.”  While Freddish is a bit more cumbersome than language we would normally use with little ones in everyday life (remember this was for a TV program), it is a beautiful example of speaking with intention and thought.

Here are the rules of translating speech into Freddish, according to the show’s writers:

Here’s a video of Cynthia sharing her encounter with Fred Rogers:

This sweet and simple story from Pamela Perkins shows us an example of how we can take the events of a child’s day and turn them into a satisfying and nurturing story, perfect for naptime or bedtime. 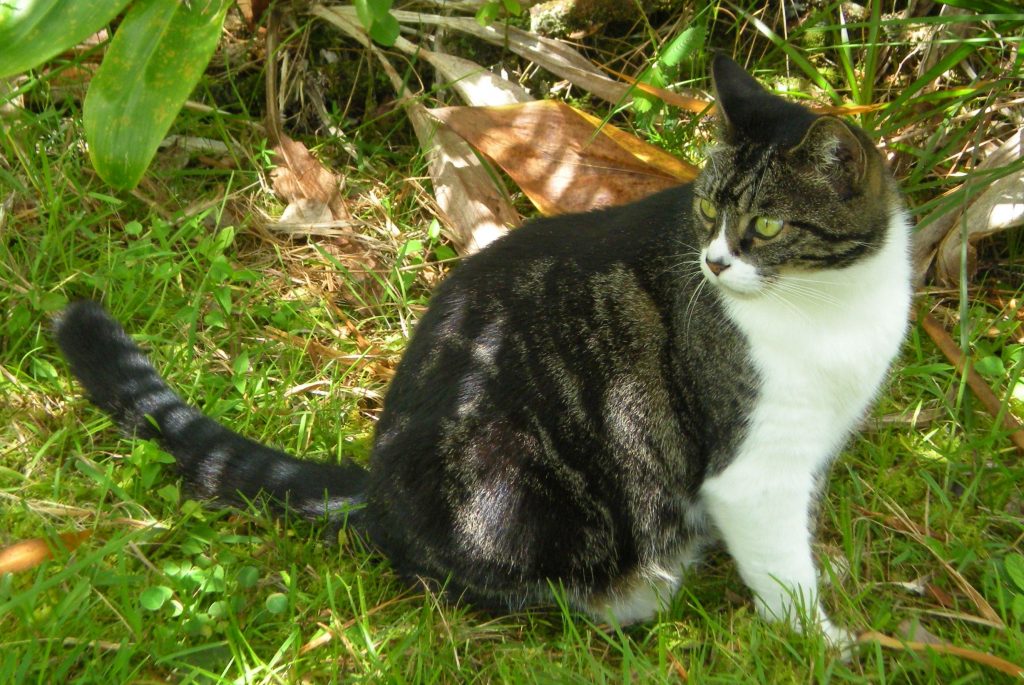 One early morning while the sun was still rising in the sky, Ke’anolani  stood on her rope swing, going back and forth, and round and round. She held on tightly and leaned back staring up through the green into the blue sky above.

She had not noticed her cat Pickles, coming towards her, pad-pad, pad-pad. Pad-pad. “Meow?”, said the cat.  Ke’anolani’s eyes popped open. She laughed and jumped off her swing. She ran over to the cat.

“Meow?”, said Pickles. The little girl squatted down to pet her, then stood up and skipped off towards a tangled grove woven through with ferns and ti. Pickles followed slowly.

Together they watched birds up in the kukui tree. Pickle’s tail twitched. Ke’anolani tossed kukui nuts into the ferns; Pickles watched, crunched up, and then pounced on each one. A gecko climbed up the kukui tree. Pickles raced up after it, but the gecko was too fast for a fat little cat.

“Come!”, said Ke’anolani, “Follow me!” Off she ran laughing. Pickles chased after her. Then she chased the cat.

Soon the sun grew hot and they were both weary. Into the house they went, for a cool drink and a snack and a rest. “Thank you for a lovely day”, said  Ke’anolani as she gently stroked her cat’s silky fur.  Pickles sighed, curled up and they both fell asleep together.

[Pamela Perkins has worked with and for children in various capacities since 1970. A former Waldorf teacher, LifeWays graduate and home provider, she now delights in being with her five granddaughters, plus creating magical needle-felted puppet stories and writing gentle tales to nurture young and old. She lives in the Upper Valley of Vermont, and is working on her new writing project Silver Seedlings – Nurturing Tales for the Young and Young at Heart.]