What value beyond personal enjoyment might there be for someone in her mid-sixties enrolling in a LifeWays training, especially someone who has ‘already been there’ with much of the content? Interestingly, the answers to this question arose only in retrospect, after I had finished my yearly round of the four sessions. When the initial opportunity to participate presented itself, my immediate and instinctive response was simply, spontaneously, “So how soon can I begin?” Through attending the four sessions on the mainland, I was looking forward to re-experiencing the seasons in the fullness of their contrast after so many years of the subtle transitions I had grown accustomed to in Hawaii. (At that time, the Hawaii training did not exist yet.)

Because I work in professional isolation, with both my home program and the adult night classes I teach, I eagerly anticipated meeting and sharing with others from all over the U.S., who were also doing what I had always loved to do. I assumed that the training would be a recapitulation of what I had been doing for the past nearly forty years, with here and there a new skill learned or a variation on a familiar theme bringing me a fresh perspective. I certainly did not anticipate the significant inner metamorphosis that took place, catching me quite by surprise! 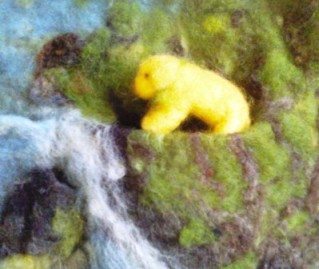 immersed in one of my favorite activities: needle felting. The weather in Boulder was hot and dry, and we had just returned from yet another outdoor experience, wandering in silence, immersed in the present moment with our senses open to the natural world around us. The workshop on ‘Walkabout Tales” with Suzanne Down was held between the vastness of the Colorado sky and the nurturing womb of a nursery classroom where we were surrounded by soft colors, cozy sheepskins and lovingly handcrafted toys. The experience evoked within me a longing to stay immersed in the world of creative imagining, amongst like-minded individuals. As the time approached to fly back to the Big Island, my mood of wistfulness deepened.

For the past decade or so, I had been caring for children in a home setting, inspired by and grounded in my years of both Waldorf teaching and Waldorf parenting. My program Ao Kukui No Na Keiki (loosely translated as “the inner spiritual light of the child”) had undergone a transformation over the years from serving a preschool/kindergarten population to nurturing a small group of infants and toddlers. Now these children approached school age; my program had become part-time and I had moved to a different town. The time felt ripe for change.

Thanks to flexible financing options and a partial scholarship, I was able to begin my training in January of 2011. I chose the Boulder location in part because of the story and puppetry work I had done in the past with Suzanne Down that I hoped to enliven and deepen, and partly because of the relatively familiar climate context – or so I thought. After being in Boulder for several summer trainings, I was looking forward to seeing snow and breathing in crisp, clean air. 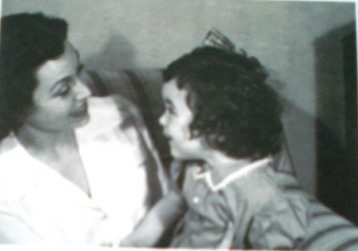 I had grown up amongst the fields and woodlands of New England and rural upstate New York, where at this time of year, the barren hillsides would be buffeted by the biting winds as they snapped through the evergreens like a whip. The frozen earth would be shivering as it lay beneath its blanket of snow or glaze of ice. Root and seed, held fast within the depths of Mother Earth, would be resting in crystal contemplation of far-off Spring.

Well! One of the first epiphanies of my LifeWays year was the profound inner impact that geography filled with unique subtleties and heretofore-unknown dramatic differences had on me. Because of the training’s focus on mindfulness and its gift of isolating us from everyday distractions and ordinary responsibilities, I was able to intimately experience the four seasons through their own soul gestures, as well as my own. The sweet and pungent smells, the skyscapes, the sounds of unfamiliar birds and small creatures (including, somewhat to my shock, the rattle of a snake), the feel of the earth beneath my feet, the quality of light played out through the seasons, even the ‘taste’ of the air itself – all of the nuances of the natural world deeply affected me and awakened parts of my Self forgotten in the busy-ness of decades of raising children as a single parent. I realized over the course of my training that often I’d been too busy living my biography to take the time to reflect upon it.

Celebrating festivals together with women from all over the United States 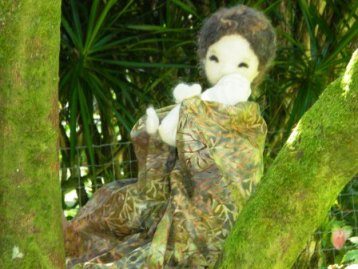 was also a continual delight and joy, as we immersed ourselves in both creative and domestic arts in their preparation. We laughed and were silly; sometimes we cried and were comforted or took on the role of comforter. Richly toned tapestries of life stories were shared; we listened; we grew in understanding. I had never had much opportunity for friendship with other women: I had worked long, arduous hours and what energies I had left over were dedicated to my girls and to creating a warm, safe and nurturing home environment for them.

As the oldest of the bunch, including the various teachers, I had some wistful moments reflecting on what my life was like at their ages, yet felt deep gratitude for this new awakening to community and friendship. I definitely and most thoroughly enjoyed myself.

The discipline of having to create a “livings arts chart” for myself (!!!), one of the program requirements, helped me to balance my life in quite practical ways. I discovered that I was very good at knowing what to do in terms of creating rhythm and routines for children and supporting their families to do the same, but not so good in my own day-to-day life. I decided that it was high time, too, to live the life I valued in theory but had so often struggled to achieve in the past.

One of the suggested exercises during the year involved looking back at our own childhoods, to remember play and playthings, as well as songs and games we had experienced. As I sat down to reflect and write, my gaze settled upon a chart that I had recently thumbtacked near my desk, one that I had occasionally glanced at for a couple of decades without paying too much attention to the details. I needed something to brighten up a dull stretch of wall: it is a large rainbow-hued U-curve delineating the ages of a person’s life entitled “An Aid to the Study of One’s Own Biography” and it had come with a book I’d kept meaning to read for years by George and Gisela O’Neil entitled The Human Life. 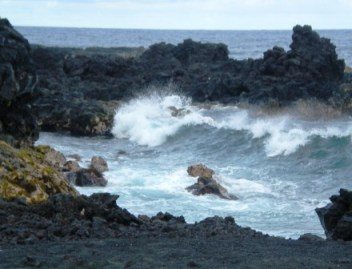 I suddenly experienced one of those moments when everything abruptly comes into sharp focus for the first time. I was startled and taken aback to realize that I was already ‘off the chart.’ Clearly stated at the top was the phrase, “At 63, man’s allotted destiny runs out: he is free.” Next to that, right in the middle at the top of the page, another sentence boldly proclaimed: “After 63, man is a ‘Child of the Gods.”  Well! At nearly 65, I decided that I’d best piece together and make some coherent sense out of this destiny-gone-by and this new status I’d unwittingly and unconsciously arrived at: ‘child of the gods.’  What began as a practical and routine exercise in self-reflection from a professional perspective now became a deeply introspective journey to the source of the spiritual headwaters from which I came and to which I will one day return.

This exploration of my own infancy and early childhood is something I had never done before. It resulted in my acknowledging and addressing conscious and unconscious emotional wounds and moving beyond them. I also began to see and appreciate how rich my early life was in so many fundamental ways that I had hitherto taken for granted. I came to a better understanding of the roots of my own parenting inclinations, of my immediate deep attraction to Waldorf education and Anthroposophy from my first contact with both in the mid-’70s, and of the urgency behind my increasingly outspoken advocacy for all children’s right to a whole and wholesome childhood. I recognized the profound and invaluable gift and quality of life that it is possible to nurture and support for young children and their families through care settings that implement and model LifeWays’ principles and practices.

This exploration of my first years, along with the inner re-awakening to Self that the entire comprehensive span of the LifeWays training experiences initiated, supports an understanding of my journey from the “source of the spiritual headwaters from which I came and to which I will one day return.” I certainly know that whatever child and parent work that I do from now onwards will be much more authentically sourced as a result.

“The Growth of Love is the Essence of the Soul”

About Pamela: LifeWays serves as her inspiration and it is to this model and imagination that she dedicates her work with, and advocacy for, young children and families on Hawaii Island and statewide

1 thought on “LifeWays as Life’s Ways: Looking Back and Growing Forward, by Pamela Perkins”