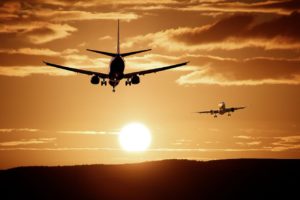 This week’s blog post comes from author and early childhood educator, Judy Frizlen. With the freshness of Spring in the air, viewing the world with fresh eyes seems perfect.

Yesterday, we missed a flight. During the pandemic, we received an intensive course in adaptability so we decided to save the day and have fun in our home time. Luckily, we rescheduled a flight for the next morning.

If you miss one plane, there is always another with a seat for you on it. That’s the kind of thing I tell myself. And don’t get hung up on which plane. Just take off and go somewhere, somewhere else. Experience it. Ex

pand your view. Refresh your vision.

The reason we take vacations is to experience the world as new. Turning into the sensory experience, we find ourselves anew in it. It is not about the number of days away from home or being in a particular place; it’s about gaining fresh eyes. 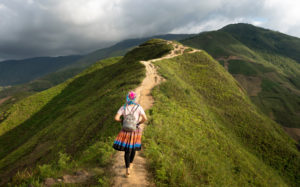 Fresh eyes are what you get when you think a new thought or learn a Life’s lesson and experience yourself as new. The time for the first flight had been rescheduled (news to us since we did not see the 4 a.m. text) and we cut it too close for an earlier take-off. And it happened.

But we were packed and ready to go. The mail was being held, newspaper suspended, and our house was cl

ean. Nothing bursts the vacation bubble faster than returning to a messy house. Left with nothing else to do but enjoy the day, we did just that.

Now we are sitting on a plane ready for take-off. Yesterday’s trip to the airport was a trial run. Thinking about it, I am smiling beneath my mask. We missed a day at the beach, but what did we gain?

I will speak for myself. What I gained is a threefold reminder of what to remember when things do not go according to plan.

No blame. No contest (as in comparing). No shame.

Have you ever noticed how common it is when things go awry as in different from the plan, that the inclination is to look for someone to blame? Yes, we did that at first.

But focusing on blame would have ruined the gift of a day, the present we could enjoy if we weren’t caught up in blame. We decided going forward, we would check texts the morning of a flight and leave earlier – just in case. That’s what we could take responsibility for. Everything else was a done deal, better left to rest.

No contest means I don’t make myself a loser for missing a flight. Life is not a contest where there are winners and losers. It’s more like a game – success is in playing it. It’s a grand experiment.

We try things and learn what works and what doesn’t, then move on to the next experiment. If there was a contest called never miss a flight, we already lost it in the Amsterdam airport one Christmas Eve about twenty years ago with our two teenage children.

On our way to celebrate Christmas with my husband’s family, we had a lay-over in Amsterdam. After an overnight flight, we sat and drank coffee while waiting to board our connecting flight to Germany which, by the way, did not happen as planned.

When we arrived at the security gate, we were told the flight was already boarding and we missed it. It was still an hour before take-off, but that did not matter; we had to spend the day in the airport waiting for another flight.

The German family had a goose in the oven for the Christmas Eve dinner. Arriving late, you could say, our goose was cooked! Wish we had not inconvenienced anyone. Missing the flight yesterday was no contest – at least we did not arrive late for Christmas dinner.

Missed a flight? Been there, done that and lived to tell the story.

And the thought that anyone else we know has never and would never miss a flight is also creating winners and losers. Comparing always does.

No shame either. Shame is when we make a mistake but think we are not allowed to. Who made that up? If life is a grand experiment, you get some results that were expected and some that were not.

If we already knew the answers, we would not need to do experiments. But we do them so we can learn.

If there are no mistakes, only experiments and lessons learned, there is no shame. No contest. No blame. That’s the trifecta I claimed after missing a flight and why I am smiling underneath my mask while waiting for take-off the next day.

This life is precious and I don’t want to waste a moment of it! By blaming, comparing or shaming, we end up squandering the moments we have been given.

Of course, we need to do our best to figure things out and avoid making messes whenever possible. Yet even with our best efforts, things happen.

If we find ourselves falling into blame, comparison or shame, we can always come back and save the day.

See the world with fresh eyes, and it’s full of opportunities.