LifeWays North America was founded in 1998 by Cynthia Aldinger and friends and draws upon her many years of experience as a Waldorf kindergarten teacher, mother and grandmother. Although Rudolf Steiner, the founder of Waldorf education, did not suggest a specific curriculum for early childhood, he gave numerous lectures on child development that included deep insight regarding the child from birth to seven. 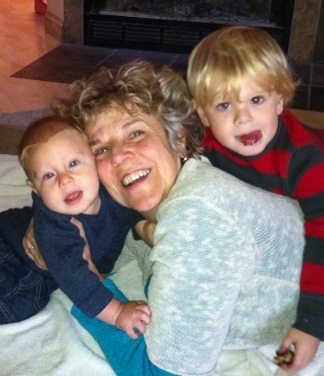 While attending an international Waldorf kindergarten conference in 1995, Cynthia was approached by an entrepreneurial friend with his concern that the current approach to childcare was not really preparing children for practical, daily life or supporting them in developmentally appropriate ways. During that conference, Cynthia encountered the inspiring work of Helle Heckman, a Danish Waldorf early childhood pioneer who was developing innovative new approaches to childcare.

Inspired by these encounters, Cynthia began to develop a vision for Steiner-inspired childcare that would be based on the activities and natural rhythms of healthy home life, bathed in the warmth of secure relationships and family-style mixed ages, and made to feel as non-institutional as possible. This first written vision evolved over time into the current Principles and Practices of LifeWays® Childcare.

Cynthia was also deeply moved by the work of Bernadette Raichle in New Zealand, whose early childhood center, Awhina, filled her with wonder and delight. In addition to bringing new inspiration and ideas to the LifeWays work, observing at Awhina affirmed how homelike, simple living serves all the fundamental needs of young children and their caregivers. It was intriguing to consider having children for longer than the morning kindergarten, allowing an expanded flow of the day with more time outside, a family-style meal in the middle of the day, a good sleep after lunch, and the practical, nurturing and creative activities of family-life throughout. It was equally exciting to see infant and toddler care as part of the mixed-age approach.

With support from her friend and colleague, Rena Osmer, and the blessing of their colleagues Gudrun Davy, Bons Voors, Patti Smith, Signe Schaefer, and Lee Sturgeon-Day, and with the organizing support of Lori Barian and other Wisconsin friends, the first LifeWays Center was opened in Wisconsin in September 1998. It was the pilot childcare project for children three months to six years old and also hosted the first LifeWays® training.

Our national organization, LifeWays North America, formed a few years later as a multiservice organization providing consulting and training for family childcare providers, childcare centers, parent-child teachers, home-based preschool teachers, after-school care providers, and parents. Our progressive approach to caregiving, teaching and homemaking is supported by a growing body of research acknowledging simplicity and practical, nurturing activities as fundamental to the health and well-being of children. There are now LifeWays® early childhood programs throughout North America. LifeWays® trainings and workshops are also available now in several locations, as well as a growing selection of online courses.