Several of our children at Rose Rock were rising first graders this year, coming to the age of six and seven and moving through the transition into middle childhood.  This transition contains a bit of mystery and can feel like untrodden territory to both child and parent. Speaking to a mother of a six-and-a-half-year-old one evening, she asked me for help with her child whom she has been struggling with through this change.  She wondered what it is that makes this age feel so tumultuous, when five seemed so logical and golden in comparison.  And, she wondered how to help her not-so-big, not-so-little-anymore child navigate this challenging time of life. 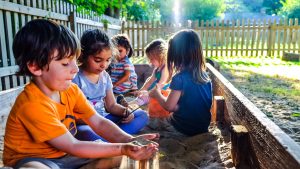 I thought about how I have managed the six-year-change, and similar transitions, with my older sons.  It is not by some magic solution, as many parents hope to find within the pages of parenting books. The bottom line is that growing is hard, sometimes for everyone- even adults- and we need support if we are going to grow consciously.  Being parents means that we are the support for our children as they struggle through transitions like the six-year change. The core of my “magic solution” has been to navigate these struggles with inner resolve, and with trust in what I know is true.

A simple and important truth is that I am the authority in my children’s lives. I trust that I have what it takes to guide my sons through these rocky times. At the age of six, which my third son will be next summer, he is just at the beginning of this path. He has been nurtured by all that is good, protected, and allowed space and freedom to thrive.  Now, an awareness of himself outside of the world around him is growing, and with this awareness a part of him grows unsure, even insecure.  Just like my friend and her daughter right now.  “Who is in charge?” he seems to ask with each deed. 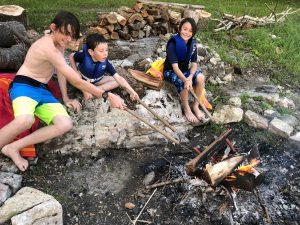 My sons may want to feel that they are in charge entirely, but in truth, this would be both frightening and inappropriate–for all of us. I make most of the decisions for my five-year old.  For example, he is given the freedom of simple choices- what to play during his free time or whether to stay at home with dad while I go to the grocery store on the weekend. These small choices are contained within the rhythm and rules his dad and I create and uphold. I will continue to lead like this as he grows through the six-year-change because he needs to feel my strength. If I waiver and suddenly put him in control, insecurity prevails. I rob him of the experience that we are capable of holding such resolve, of being sure and in charge of anything in our lives as adults.  And this goes for my older sons as well.  As Kim John Payne suggests, I give my children a little more responsibility in the decision-making process as they get older.

During middle childhood, my sons and I might have a conversation about the choices at hand, but the bottom line is that I always make the final decision. My 12-year old has the freedom to bike around the neighborhood in his free time, traveling from one friend to another to see who is around to play, and does so often throughout the summer.  We talk about where he might go and set some parameters, such as when he needs to be back home, or where I don’t want him to go.  Sometimes he pushes back, which can be tricky for me because he is naturally confident and puts up a smooth argument! But the time isn’t right yet to hand over the reins, even as more of his peers seem (to him at least) to be leading their own lives and doing mostly what they want.  He has demonstrated such integrity and responsibility as a preteen, but he’s barely at the beginning of grappling with beliefs in the abstract. Asking him to make solid decisions about life before he’s learned to intellectually examine them would be detrimental. 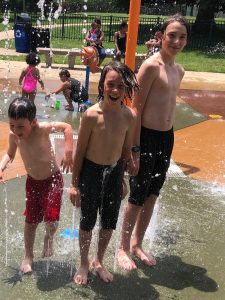 My nine-year old wants the same freedom as his older brother, but I know he’s not ready for that.  In the same situation, I limit him to biking to an agreed-upon destination (like a friend in the neighborhood) and back home a few times a week.  Moving through the nine-year change, he especially needs my resolve right now. He is at the bittersweet peak of the journey to self-realization as he recognizes his separate nature.  No longer held by the dreaminess of childhood, he is angsty and stubborn and tender. I can’t think of much more I can do to truly presently support him than to demonstrate that he will someday stand on his own in the world with confidence and joy.  So while he, too, wants to suddenly cast off all the “rules” he perceives that exist for little kids, I am still the decision-maker.

Truth is a virtue to experience with lively intellect as we grow older and more self-aware. It is a gift that guides us through a moral life, and as Steiner explained, morality is not something we can explicitly teach our six-year olds, or nine-year olds, or even 16-year olds.  It is something we come to recognize through our experiences with each other- sharpening each other as we do during these difficult courses of development, like the six-year change. When we develop the capacity to sense the truth and morality in others, we develop the consciousness to do it ourselves.    trust that my sons have within them all the capacities they need to meet the arduous life and find richness in it, but know that I must help them by demonstrating how to make upright decisions now. 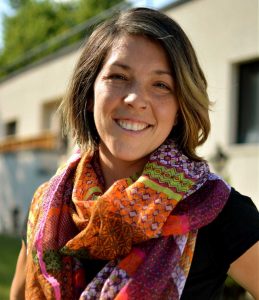 Acacia Moore has been working with children of all ages for almost 20 years through public and private schools, and home-based care.  Since 2013 she has been faculty-in-residence and a lead kindergarten teacher at the Rose Rock School in Norman, Oklahoma where she lives with her husband and three sons. She has worked with the teachings of Rudolf Steiner for the past nine years and completed her LifeWays Early Childhood Certification in October 2016. She proudly joined the teaching staff of LifeWays during the Oklahoma training in 2018 and is pursuing the realm of adult education as she continues to work with the littles at Rose Rock.