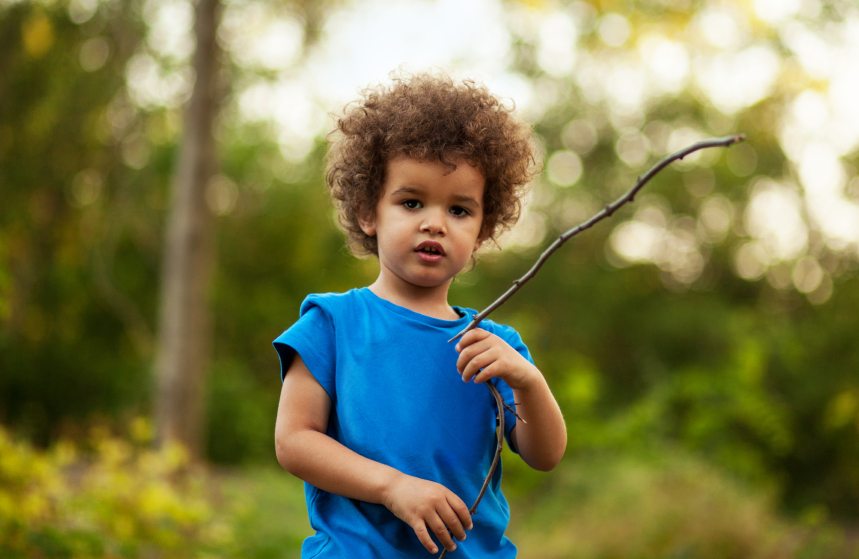 There’s a notion today that “Boredom is good,” and to the extent that it reflects a counter-motion to over-programing children’s time by leaving enough time and space for their own creativity to arise, I would agree.  However, I would also suggest that boredom is foreign to the young child’s world: it is a cultural construct they learn from older children or their parents.

The young child is totally into exploration and play, which has been called “the work of early childhood.”  For the young child, everything is new, and anything can become transformed into something else by the child’s active imagination.  In recognition of this, the “plain old stick” was inducted into the “National Toy Hall of Fame” in 2008, recognizing that “The stick may be the world’s oldest toy.”  Or take a minute to enjoy the fun two toddlers are having playing with rubber bands and the knobs on the cupboard doors. Bored? I don’t think so! (Here is the link: https://www.youtube.com/watch?v=VSzIRTVsnTE )

However, our children can forget how to play if they are kept passive for hours each day in front of the television or are constantly stimulated by interactive screen apps or told what to do by teachers or other adults. So one of the great gifts of a “Waldorf” or “LifeWays” environment is the emphasis it places on fostering creative, imaginative, uninterrupted play.

This is accomplished in (at least) nine ways—all things which parents can do at home to support their child’s play.  Jane Healy, neuropsychologist and author of Your Child’s Growing Mind, reminds us:  “The brain tends to seek out what it needs at each stage of development.  Why not trust the child’s brain to seek out the stimulation it needs from a naturally enriched environment?”

Some ways to provide a naturally enriched environment for your young child:

“In addition to altering society, new technologies also have a disconcerting habit of changing the mental skills and even the brain organization of people using them…Fast-paced, nonlinguistic, and visually distracting television [and other screen images] may literally have changed children’s minds, making sustained attention to verbal input, such as reading or listening, far less appealing than faster-paced visual stimuli.” –Jane Healy, Failure to Connect.  How Computers Affect Our Children’s Minds–for Better and Worse

Rahima Baldwin Dancy is a founding board member of LifeWays North America and internationally known as a Waldorf and parenting educator and author of You Are Your Child’s First Teacher.