Jaimee writes: I am a recent graduate of the LifeWays training in Portland, OR. All LifeWays students are required to complete a gardening project as part of the course requirements. This is mine. 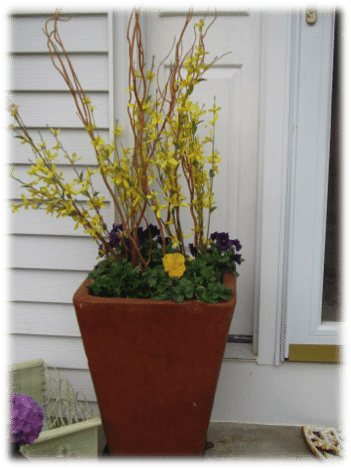 For everything there is a season,

a time for every activity under heaven.

A time to be born and a time to die.

A time to plant and a time to harvest.

It was my mother’s spring project, but now it is mine. Her planter sits in front of my garage, and I think of her every time I come and go from my house. I think of her thick, bare hands matter-of-factly dropping the pansies into the pot. I think of her quickly tamping down the soil around the plants, then decorating with curly willow branches and artificial forsythia.

I remember seeing two or three large flats of perennials sitting on her driveway for a couple of weeks last spring…waiting to be planted. They sat alongside a truckload of mulch (one of many) that she loaded into her wheelbarrow and distributed around her yard and her pond. Aside from my daughter, her garden was her pride and joy. 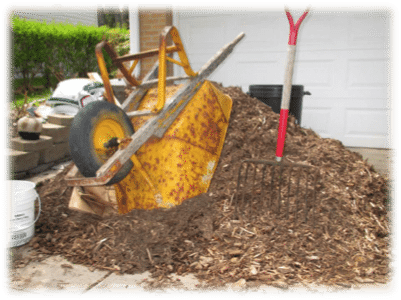 After she passed, I tended my mother’s pansies all summer and fall, watering them through the dry, hot summer. The planter became a constant reminder of her. Always present when I would come and go.

Spring and summer passed, but I couldn’t bring myself to remove the forsythia branches. Fall arrived and flyaway locust bean leaves filled the edges of the pot. The pansies were leggy, but still bloomed strong. The forsythia stayed.

Finally, in the first week of December, I removed the forsythia and most of the pansies from the pot. They were mostly dead and brown by this time, but I was surprised to discover several green pansy stems under the detritus and soil.

Leaving some of the pansy roots, I began to decorate the pots for Christmas, just as my mother and I had done last year. Together. I got several pine and fir branches from a local nursery (my mother would have been dismayed that I paid $4.99 instead of getting them for free) and arranged them throughout the pot. I added large red and silver Christmas bulbs, decorative birch branches, and my mother’s favorite extra-large frosted pinecones. She loved pinecones, and frequently mentioned them all year long, regardless of the season.

Nearly a year has passed since she died. Now we are in a new season, my mother and I. I am learning to do the things that I never had to do because she did them so well: cooking, sewing, planting, and tending. One of us is still here to plant and tend. The other is now ash in the earth. I think of her every time I see her planter, and I like to think that there is still life hiding just beneath the surface. Another spring has come, and it is time to go to the garden store and pick out new flowers for my mother’s pot. I think I will take my daughter with me. 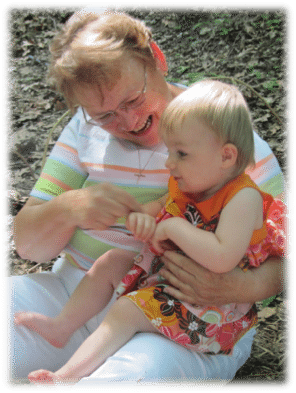